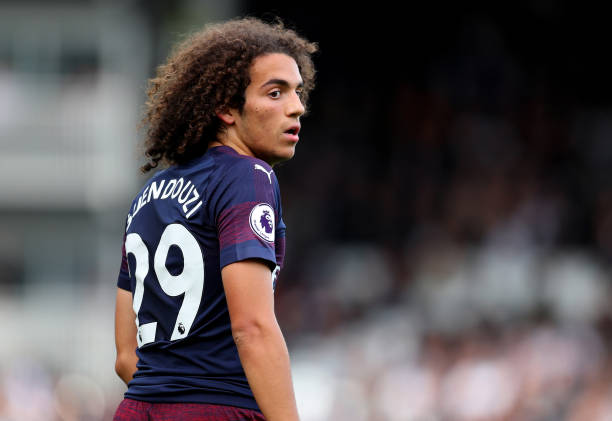 Matteo Guendouzi arrived at Arsenal in the summer transfer window and everyone expected the young Frenchman to be pushed to the under-23 squad since he is currently 19 years old but he has instead been in the first team.

Former Arsenal manager Arsene Wenger was well-known to be a boss who gives youngsters a chance to showcase their talent at the North London club and Unai Emery has shown that he is no different from him as he has put Matteo Guendouzi in his first team when no one least expected.

Matteo Guendouzi has started some Premier League matches this season and everyone first thought that Unai Emery was wrong to use the Frenchman who is inexperienced but they later saw what he saw in him, as he had good performances in those matches. The former Lorient midfielder is greatful to Unai Emery for trusting him because he never expected to be a regular at the Emirates Stadium in his first season at the Emirates Stadium.

“Not any coach would throw a 19-year-old youngster into Premier League action, particularly at a club like Arsenal.” said Matteo Guendouzi as quoted by the Mirror.

“I’m very grateful to him for that. He’s making me work hard and has already helped me improve considerably since I arrived. I could feel that even in the first few training sessions over my first few weeks and months.”

Matteo Guendouzi continued to say that Unai Emery is a great coach and went on to also give credit to the Arsenal staff, and he believes that the gunners as a club have everything in place to progress well.

Unai Emery also did say in the past that the main reason he decided to give Matteo Guendouzi a chance to play was because the central midfielder works very hard more than his teammates in training which clearly shows how he is a passionate Arsenal player.