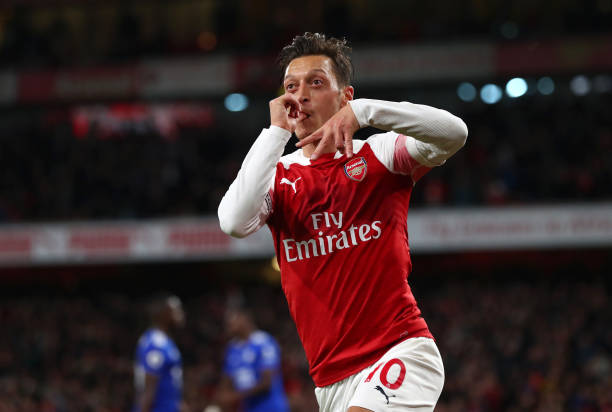 Arsenal were welcomed at the Estádio José Alvalade stadium by Sporting Lisbon and Unai Emery had travelled with a strong squad including Mesut Ozil but the German international wasn’t brought into the match but saw his team win it 0-1 while on the bench.

Arsenal has now won its last 11 matches and that’s a very good stat especially for a new manager like Unai Emery because the North Londoners never expected him to be a good tactician. Mesut Ozil was happy that his team had got its third Europa League win even though he didn’t play and he took to Twitter to reveal his happiness, and also speaks about their next match.

“We march on! Another win for us It’s important we keep our feet on the ground and go again at Selhurst Park on Sunday.”

Arsenal’s next match will be against Crystal Palace at the Selhurst Park stadium and Mesut Ozil will this time probably be in the starting eleven because he had an impressive performance against Leicester City on Monday.