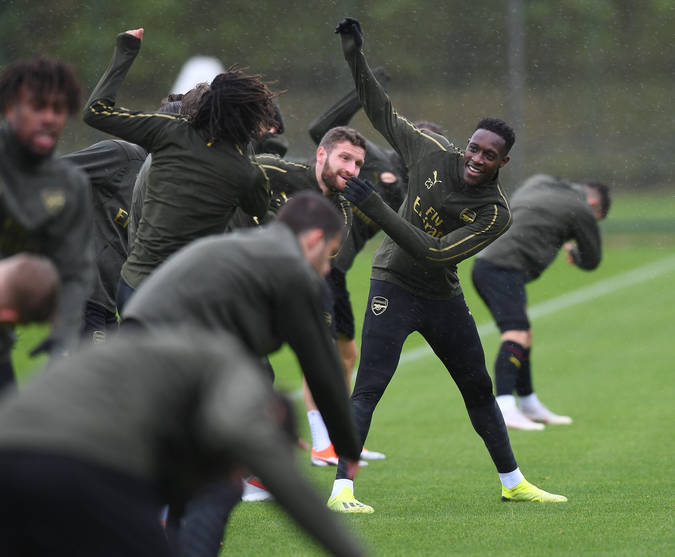 Arsenal will today clash with Fulham in a few minutes from now and the lineups have been released, the gunners have come with un expected squad which sees Pierre-Emerick Aubameyang and Sokratis Papastathopoulos on the bench.

Unai Emery has made many changes to the Arsenal lineup that played Qarabag on Thursday so here’s the starting eleven that will face Fulham today.

It is very surprising that Pierre-Emerick Aubameyang has been benched today because the Arsenal fans have for long advocated for the use of him and Lacazette together. It seems Unai Emery now wants to play only one striker from now on since Aubameyang has been getting difficulties in playing on the wing.

Mesut Ozil has missed today’s match due to a back spasm, his absence has given Henrikh Mkhitaryan a chance to feature today.

Unai Emery Speaks Out On Winning The Premier League