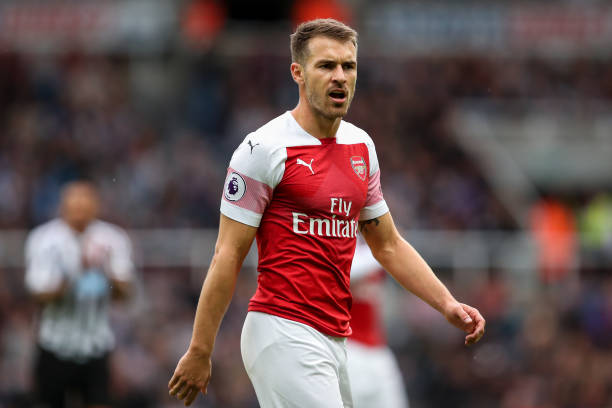 The gunners have failed to reach an agreement with Aaron Ramsey over a new deal because the Welsh international is demanding more than what the club is prepared to offer him and negotiations have been going on for many months.

Arsenal is expected to sell Aaron Ramsey in the winter transfer window because they don’t want to lose him for free yet they could get some money out of him so that they can get a suitable replacement.

It is reported by Sport Mediaset that Unai Emery has identified Napoli star Piotr Zielinski as the perfect replacement for Aaron Ramsey who is expected to leave the Emirates Stadium in January because he won’t be signing a new contract after the North Londoners withdrew their offer from the negotiating table.

Piotr Zielinski is a highly rated midfielder and would be suitable for Unai Emery’s playing style but the gunners will have a hard time convincing him to come to the Emirates Stadium because his current deal with the Italian club sees him leave in 2021.

Aaron Ramsey has been the topic among the Arsenal supporters over the last few days because they don’t want to see him leave the North London because he is one of their best players. Unai Emery even said that Aaron Ramsey is an important player to him but he did say that he has no say on whether he stays at the club or not.

It seems Aaron Ramsey’s relationship with Unai Emery might not be good because there are rumours that the new Arsenal boss is the one who told the club officials responsible for renewing contracts that he isn’t happy with the performance of the Welshman, so that they don’t offer him any lucrative deal. Aaron Ramsey was however in the starting eleven that played Watford on Saturday and he was subbed off from the match, and he was seen snubbing Unai Emery as he went to the bench.

Aaron Ramsey’s departure from Arsenal confirmed by his agent