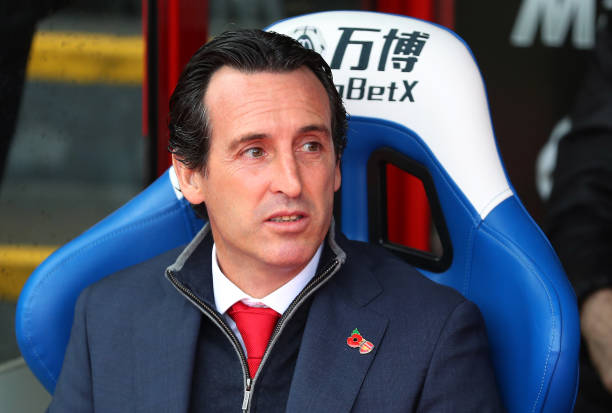 The gunners faced Crystal Palace on Sunday and they made a 2-2 draw which saw both clubs share the points after a dramatic second half performance from both clubs.

Hector Bellerin only played 45 minutes for the gunners on Sunday at the Selhurst Park and Unai Emery then brought in Stephan Lichtsteiner to replace him in the second half, since the managers don’t do any interviews at halftime, no one understood why he subbed off the Spanish right back.

Arsenal boss Unai Emery held a post-match press conference after their match against Crystal Palace and he revealed the real reason Hector Bellerin did not play the second half yet everyone thought that he was having a good game in the first 45 minutes even though the gunners were one goal down.

“Yes, he’s (Bellerin) injured, I hope it’s not a big injury, but he had muscular pains.I don’t know [whether he’s a doubt for the Liverpool game next Saturday.” Unai Emery told Arsenal.com.

This is a major injury blow for the gunners if the Spanish international is ruled out of Arsenal’s match against Liverpool because they will need him because the Reds have pacy wingers who will probably give the gunners a hard time if Hector Bellerin isn’t available.

Arsenal fans thought that it was a tactical substitution by Unai Emery and were disappointed with the coach for removing Hector Bellerin from their game against Crystal Palace yet the intensity of it needed a player like him.