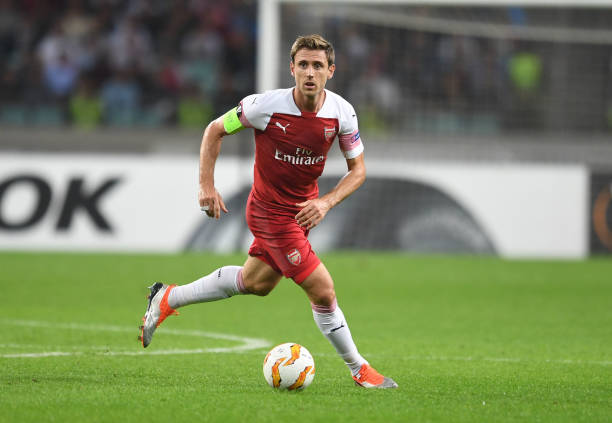 Arsenal boss Unai Emery has got his eight win in a row and this must be a special feeling for him, considering that he started off the season poorly and everyone criticizedCT him after the gunners lost to both Manchester City and Chelsea.

Arsenal was welcomed at the Baku Olympic stadium by Qarabag who were hoping to get their first Europa League points by defeating the gunners but failed after Unai Emery’s men put on a good performance against the Azerbaijan club.

One of the noticeable things in Arsenal’s match against Qarabag is that Arsenal boss Unai Emery used a 3-4-3 formation which saw Nacho Monreal play today’s match yet everyone thought that the Spanish left back was going to get rested since Sead Kolasinac has returned.

Nacho Monreal started the match and finished the full first 45 minutes but he was later subbed off in the opening minutes of the second half, this sparked fear into the Arsenal fans because they wouldn’t want him to get injured now but Unai Emery has finally explained why he withdrew him.

“No, first I changed Monreal because we wanted to play with a back four in the second half. Also, we needed to put one midfielder more on the pitch” the Arsenal boss told the Arsenal.com.

The gunners will be hoping to see Nacho Monreal in their match against Fulham on the weekend because he is considered to be among their best players so far this season, but there are fears of him getting fatigued soon because Unai Emery doesn’t want to rest him, but maybe he will probably get that rest in the international break.