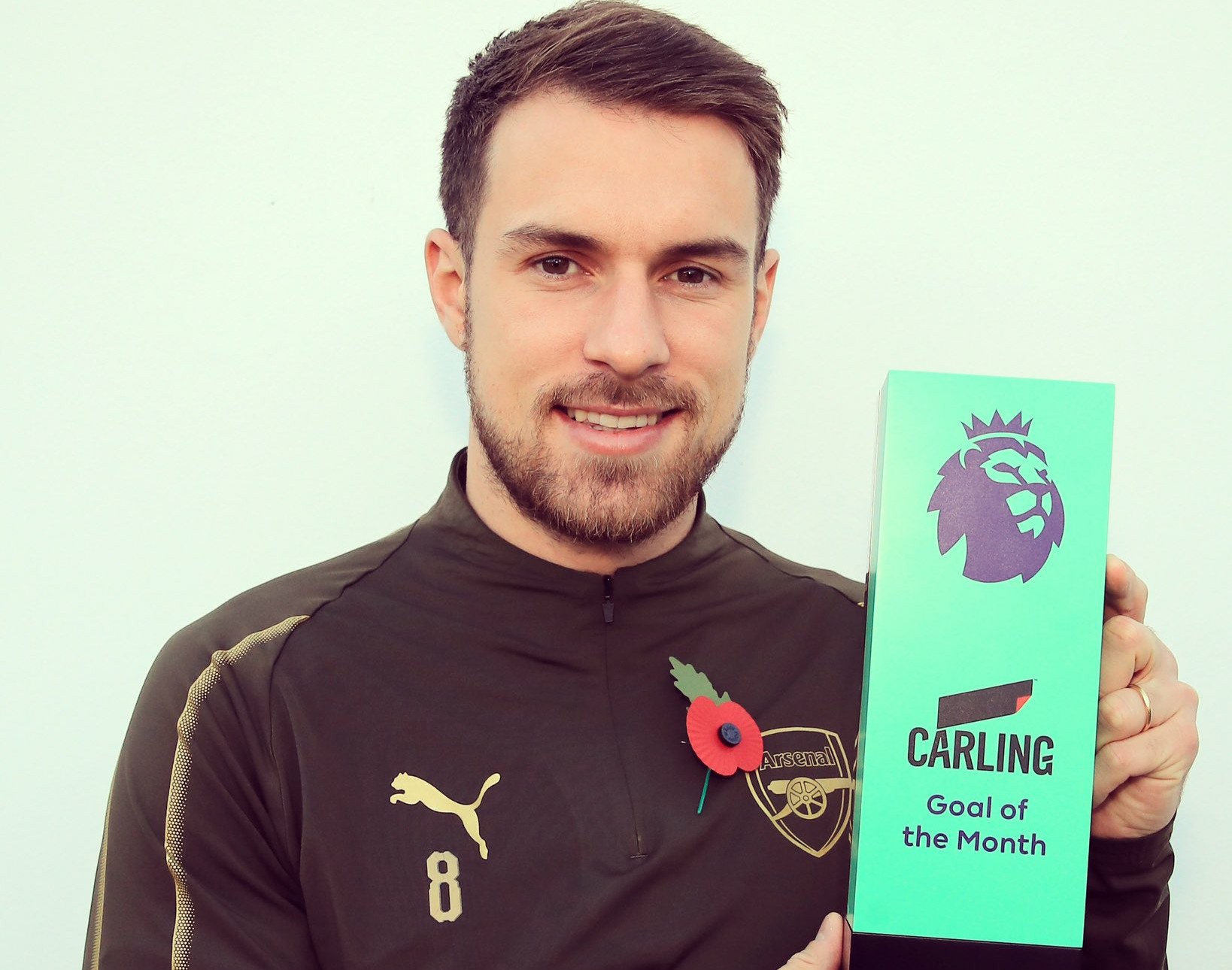 Arsenal midfielder Aaron Ramsey has won the Premier League goal of the month award for his incredible goal against Fulham in October. The Arsenal star came into the Fulham match but it only took him about one minute and half to get on the score board after a great team play by the North Londoners.

Pierre-Emerick Aubameyang was also in the race for this same prize but the Arsenal supporters and maybe some others believed that the goal by the Wales international was better. Aaron Ramsey took to Twitter to reveal his happiness about winning this Premier League award, the Arsenal fans jokingly replied his tweet saying that this should urge the club to give him a new contract.

Delighted to win Carling Goal of the Month for October for our team effort v Fulham last month ???????? pic.twitter.com/fEhdacXBuy

Aaron is the first Arsenal player to win the award since its start in the 2016/17 season. Aaron Ramsey will want to cherish these moments because as per the current reports, the Wales international will leave the Emirates Stadium at the end of this season since his contract ends next year. Aaron Ramsey was in the starting eleven of Arsenal that played against Sporting Lisbon last night but his performance wasn’t that great because he even wasted a glorious chance when he over dodged in the last minutes of the game.

Arsenal News Round Up On Aubameyang, Welbeck, Lichtsteiner & Iwobi