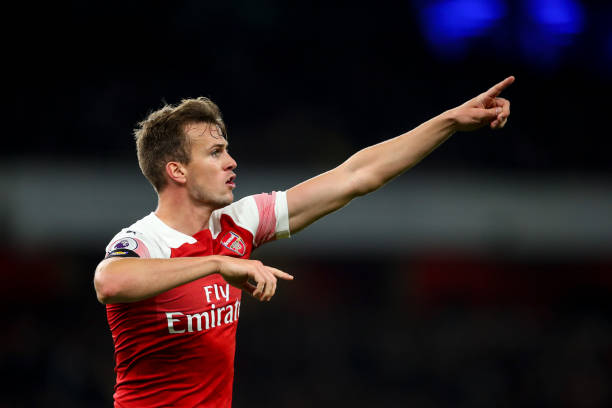 Arsenal welcomed Liverpool at the Emirates Stadium last night and the gunners were able to get a point from the match even though critics believed that Unai Emery’s men would lose this game with a huge scoreline. Arsenal players had a fine performance against the Reds so let’s take a look at the player ratings.

The German goalkeeper started in the starting eleven that played against Liverpool even though Petr Cech was fully fit. Bernd Leno made some important saves that kept the gunners in the game even though he did make a mistake of punching the ball towards James Milner who took the Reds into the lead in the second half.

The left back just returned from the sidelines but he however put on a good performance against the Reds, he was also helping out in the attacking moments of Arsenal even though some of his crosses weren’t well executed. He however failed to stop Mohamed Salah because the Egyptian international was always getting past him.

Rob Holding had a man of the match performance against Liverpool and he really pocketed Mohamed Salah, the Egyptian midfielder failed to make impact in this game because the young Englishman had his eyes on him.

Great performance and one would have thought that he is Arsenal’s attacking midfielder, he did make some good through balls.

It was fortunate that he didn’t play as a left back. He had a neat performance against Liverpool.

Had a couple of chances in the first half.

The German international is usually criticized for missing in big games but he however proved critics wrong this time as he gave his all for the gunners yesterday.

The striker was working hard as always for the gunners against Liverpool. That goal in the second half was a masterpiece.