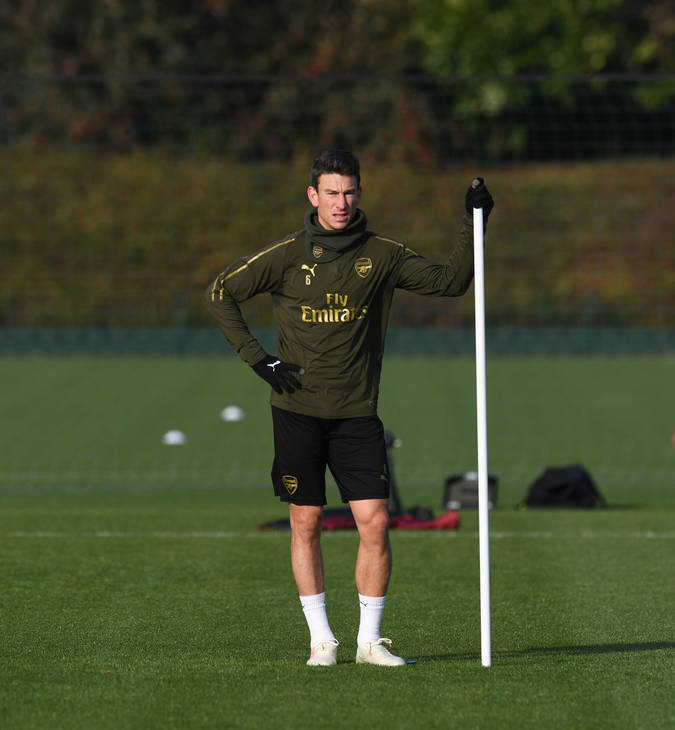 Arsenal will on Sunday make a trip to the Vitality Stadium to face Bournemouth who will be hoping to get a win against the gunners to stay in the Premier League top six while the North Londoners want the three points to be near the UEFA Champions League spots.

Arsenal has today released a statement on its official website about the status of their injured players ahead of their upcoming match against Bournemouth.

Stephan Lichtsteiner was in the starting eleven that played against Sporting Lisbon but he got injured in the second half, the club has said that the Swiss international will be assessed on Sunday to determine whether he will be fit enough to play against the Cherries.

Nacho Monreal has been out for almost month and it seems he won’t be returning this weekend because the club claims that he will return in two weeks from now. Arsenal fans can’t wait for his return because Sead Kolasinac hasn’t been impressive in his absence.

Arsenal captain Laurent Koscielny was seen training with his teammates on Wednesday but the club says that he is still in the process of being integrated back into full training so we probably won’t see him in their match against Bournemouth.

Dinos Mavropanos is still out because of his groin injury and is expected to return to full training in December while Danny Welbeck is still recovering after the surgery.