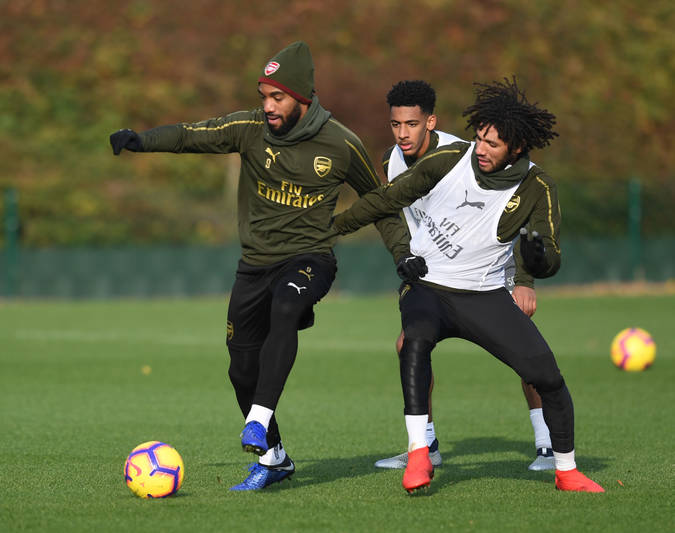 Arsenal will on Thursday take on Ukrainian side Vorskla away from home and Unai Emery is expected to give chances to some players that weren’t getting enough chances in the Premier League. The club has issued an official statement on its website about the status of the injured Arsenal players.

Laurent Koscielny has been on the sidelines for months but he has however returned to full training but Arsenal doesn’t want to risk him because he spent a lot of time without playing. The Frenchman played 45 minutes in Arsenal’s Under-23 match against Derby County and the club has confirmed that he will be assessed before their match against Vorskla this week.

Stephan Lichtsteiner has missed a number of games after he got injured in Arsenal’s match against Sporting Lisbon but the club has announced some good news about the Swiss international. They have confirmed that Stephan Lichtsteiner is back in full training but be might however miss the game against Vorskla since he just came back.

Alexandre Lacazette missed Arsenal’s match against Bournemouth on Sunday because he has a groin injury but the club confirms that the French international will be assessed before their game against Vorskla.

Arsenal defender Nacho Monreal has been on the sidelines for months and the club just keeps changing his return dates because hamstring injuries are usually unpredictable, and are always devastating for players so it seems the Spanish left back is currently in that situation.

Dinos Mavropanos has a groin injury and is expected to return in December according to the club while Danny Welbeck is still recovering from the surgery.