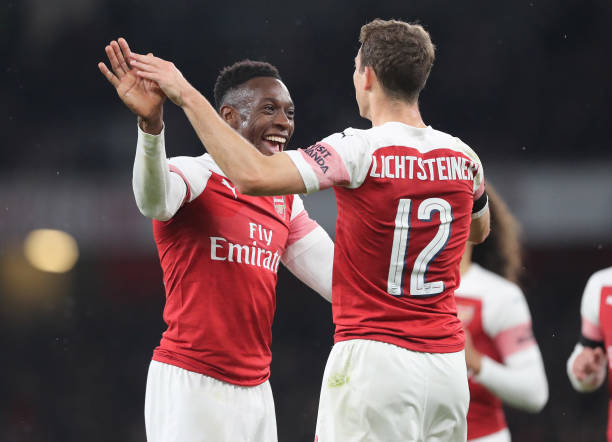 ( Arsenal Vs Blackpool / Photo via Getty )

Arsenal progressed to the Carabao Cup / EFL Cup quarter finals after getting a win against Blackpool on Wednesday and the draw has already been made and the gunners will be facing their arch rivals Tottenham Hotspur in the next round of the competition.

…and we will be playing at home against @SpursOfficial

The Arsenal fans are glad that this fixture will be played at the Emirates Stadium because if they FA decided to take it to Spurs’ side then the game would be played at Wembley Stadium since its stadium is under maintenance.

This will be a tough match for the gunners because the Spurs have always given Arsenal a hard time in the past when the gunners were still managed by Arsene Wenger, they however haven’t met since Unai Emery was appointed as the new boss of the North Londoners.

A win against Tottenham Hotspur in December will take the gunners to the Semi Finals and this will reassure the Arsenal fans that Unai Emery is the right man for the job because they are always happy when their team defeat Spurs because they are their arch rivals.