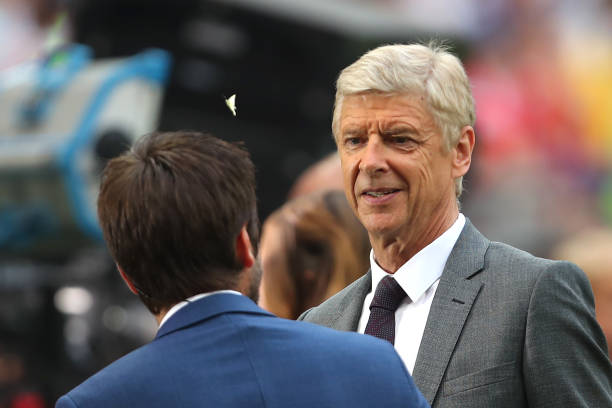 It has been six months since Arsene Wenger left Arsenal after having spent two decades at the North London club. The Frenchman won three Premier League trophies for the gunners and finally called it quits at the end of last season.

Arsene Wenger has denied all reports that have claimed that he has retired from football and always says that he hasn’t made up his mind on what to do but has stressed in most interviews that he just can’t imagine himself being there without coaching a club.

It seems the former Arsenal boss is going to get a new club as its been reported by France Football that Arsene Wenger will be appointed as the new manager of AC Milan because the top officials of the Italian club haven’t been happy with the performance of Gennaro Gattuso because the club is losing its reputation due to its current bad results.

Arsene Wenger has been linked with a number of clubs ever since he confirmed that he was going to leave Arsenal in May but he has however reportedly rejected all of them because he needed space to think on what to do but he has finally decided to return to coaching as the report says that he is in advanced talks with AC Milan.

If Arsene Wenger accepts to join AC Milan as their new manager, he will meet up with his former Chief Executive Ivan Gazidis because the Greek-South African international will also be joining the Italian club in December. So let’s wait and see how the events unfold as Arsene Wenger looks set to return to club coaching.

Report: Unai Emery To Lose His Star Player For £10million