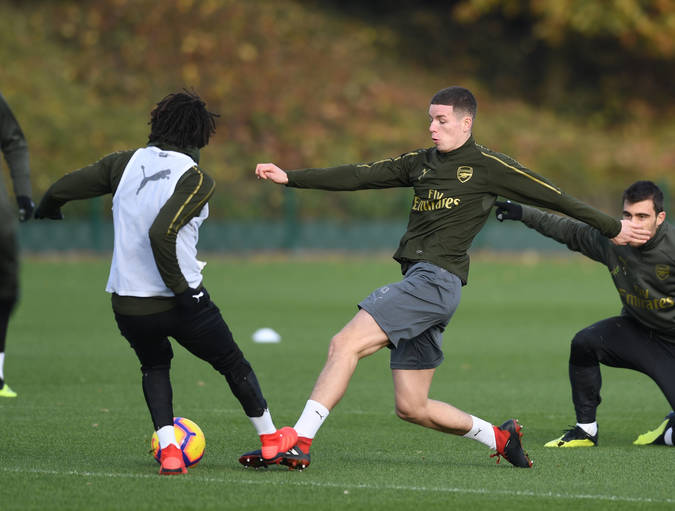 Arsenal will face Bournemouth on Sunday and preparations begun on Wednesday with the players training at the London Colney, pictures from the training sessions yesterday showed that Unai Emery had called in four youngsters since some of his players are injured while others are not back from their respective countries.

FOUR ARSENAL YOUNGSTERS THAT TRAINED WITH THE FIRST TEAM

Even though these four youngsters trained with the first team, they probably won’t be on the team sheet that faces Bournemouth this Sunday because most of the senior players will have returned. Arsenal’s new boss Unai Emery has shown that he doesn’t have so much faith in youngsters since he even uses many senior players in the Carabao Cup unlike Arsene Wenger who used to say that he likes using that competition to identify the talented youngsters.

Lucas Torreira and Alex Iwobi missed Wednesday’s training sessions because they haven’t returned from their respective countries but the Arsenal fans will be hoping to see them fully fit when they make a trip to the Vitality Stadium.