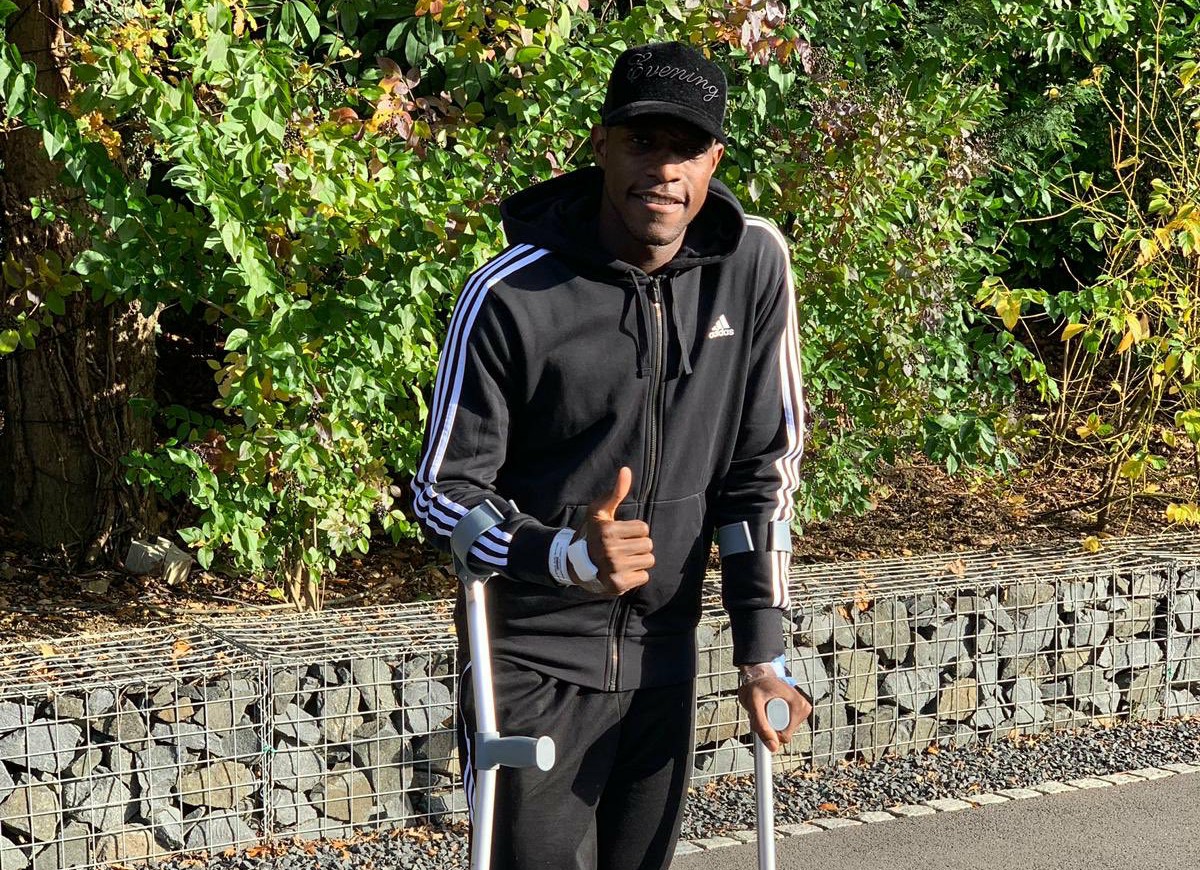 Arsenal striker Danny Welbeck sustained an ankle injury on Thursday last week when the gunners faced Portuguese side Sporting Lisbon and the English international has so far under went two operations, one to stabilise his ankle and the other to fix damages caused by the broken ankle.

The gunners haven’t given any update on how much time he will spend on the sidelines but most reports claim that he will likely be out for six months since Welbeck’s ankle got broken. It’s been six days since Danny Welbeck sustained that injury and he finally sent a message to the Arsenal fans yesterday, he tweeted a picture which shows him with crutches.

Back home… Thanks for all the love and support. No doubt I will be back stronger than ever before. Recovery grind starts now ????????❤???????? pic.twitter.com/Kv8qxTGgDk

“Back home… Thanks for all the love and support. No doubt I will be back stronger than ever before. Recovery grind starts now.”

Arsenal has suffered a lot in the past due to its players getting injuries at a time when they are needed most and it seems like it is the same thing happening this season as the gunners lost both Stephan Lichtsteiner and Danny Welbeck in one match. Unai Emery was using Danny Welbeck as a back up striker so it’s uncertain whether the club will sign a replacement in the upcoming winter transfer window.