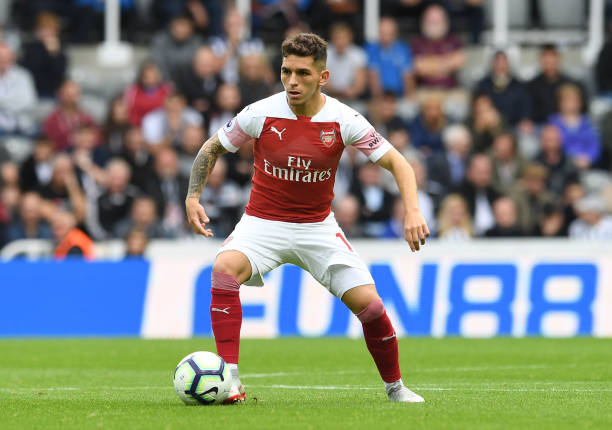 Arsenal signed Lucas Torreira from Sampdoria in the 2018 summer transfer window and the Uruguayan international is among their top performing players this season because he has been great in the defensive midfield role yet his predecessors failed to impress in it.

Lucas Torreira has helped the gunners stabilize their midfield because he is always there tackling opponents to stop attacks, starting attacking moves and the Arsenal fans have even nicknamed him “THE WHITE KANTE” because his playing style is like that of the Chelsea midfielder.

MOST FOULED PLAYERS IN THE PREMIER LEAGUE

It is quite surprising that Lucas Torreira, a defensive midfielder is the most fouled Arsenal player in the Premier League yet the gunners have many attacking players but maybe because they are probably stronger than the Uruguayan international.

PICTURES: Arsenal players train ahead of their match against Bournemouth