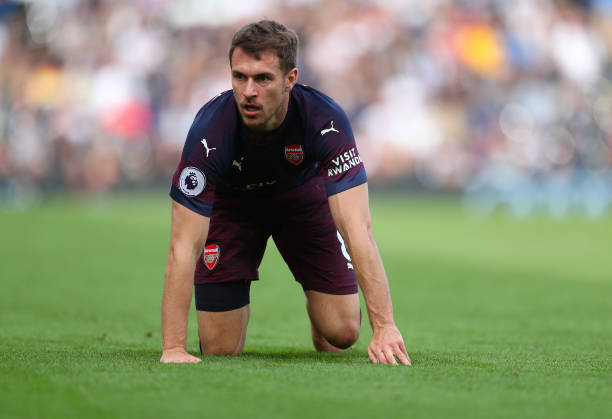 Aaron Ramsey will leave Arsenal at the end of this season according to most reports which claim that the gunners withdrew their offer from the discussion table, leaving the Wales international with no choice but to leave the club which he has served for a decade.

Aaron Ramsey has been linked with a number of clubs including Bayern Munich who are fully confident of signing the Wales international but it seems they have now got new competition as The Sun claims that Italian giants Juventus are ready to give the Arsenal midfielder a deal which would see him earn £200k a week wages. That’s in the range of the wages which he demanded from Arsenal since the negotiations of offering him a new deal begun.

Arsenal has stayed firm in its decision to let go of Aaron Ramsey despite some of the fans making a plea to the club to offer him a new deal, and most rumours say that gunners new boss Unai Emery is backing the club to let the Wales international go because the midfielder doesn’t suit his plans for the upcoming season.

If Aaron Ramsey accepts to join Juventus, he will earn £10.4million-a-year and the report also says that the duration of the deal would be four years. There’s still doubts on whether Aaron Ramsey will still be an Arsenal player after the January transfer window because it is believed that the gunners will want to cash in on him so that they don’t lose him for free in the 2019 summer transfer window.

David Ospina’s dad opens up on his son’s future