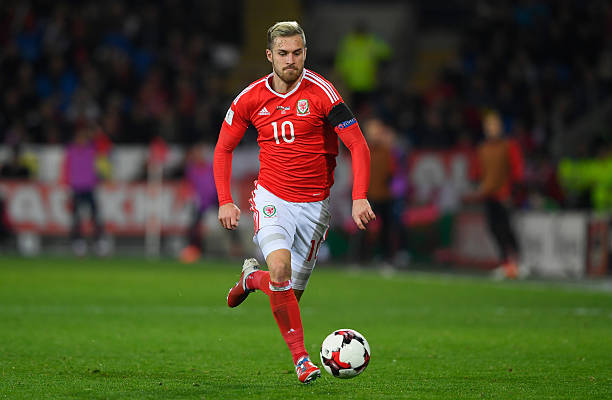 Aaron Ramsey hasn’t been in the starting eleven of Arsenal in their last four matches but he however received a call up from Wales and will probably be in the lineup that faces Denmark and Albania in the UEFA Nations League. The Arsenal midfielder will be hoping to impress for Wales so that Unai Emery can finally give him a chance in their upcoming match after the international break.

Bernd Leno wasn’t selected in the Germany squad that travelled to Russia for the FIFA World Cup and was still left out recently when the Germans participated in the UEFA Nations League. But he has received a call up from Germany and that’s probably because of his impressive performances for the gunners in the last few weeks. If he is selected in the starting eleven, he will face Russia and Netherlands.

The Swiss international received a call up from his country and the Arsenal fans will be hoping to see him come back with high spirits because they were not happy with the mistake he did on Sunday when they faced Wolves. Granit Xhaka is one of the most valued players in the Swiss team so he will probably be included in the lineup that faces Qatar and Belgium.

The fierce Arsenal defender has just returned from an injury and he received a call up from Greece so he will probably play against Finland and Estonia.

Mkhitaryan is Armenia’s captain and of course he received a call up from his country even though his chances have been limited at the Emirates Stadium. His country will face Gibraltar on Friday.

Alex Iwobi of Nigeria controls the ball during the international friendly match between Poland and Nigeria at Wroclaw Stadium in Wroclaw, Poland on March 23, 2018 (Photo by Andrew Surma/NurPhoto via Getty Images)

Matteo Guendouzi also received a call up from France Under-21 side, Lucas Torreira has also joined the Uruguay camp while Alex Iwobi has travelled to Africa for the upcoming African Cup Of Nations Qualifiers action. Mohamed Elneny has been injured for two weeks but he has received a call up from Egypt which means he is now fully fit.