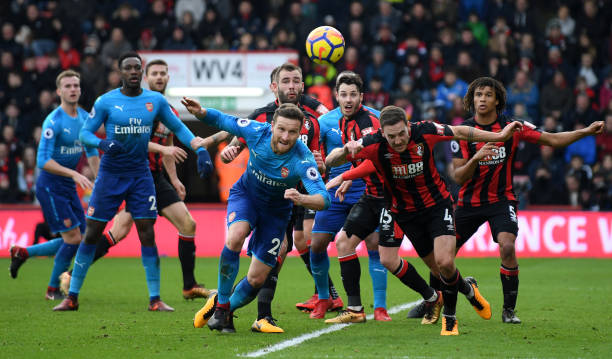 ( Arsenal vs Bournemouth / Photo via Getty )

The gunners will be tomorrow face Bournemouth at the Vitality Stadium and the North Londoners will be hoping to get back to winning ways since they have drawn their last three Premier League matches, and this has costed them a spot in the top four.

Even though Bournemouth is in the sixth position on the Premier League table, it has lost its form because it has failed to collect any point in its last two matches with the recent one being their 2-1 defeat to Newcastle United who are not in the Premier League top 10. So both teams badly need this win because they are not on form so we will probably have an entertaining encounter between Arsenal and Bournemouth on Sunday.

Arsenal boss Unai Emery has confirmed that the gunners will be with most of their stars like Aubameyang and Lacazette who got injured in the international game hence not going to their national teams. The gunners will need to win this game to keep the pressure on the Premier League top four since Unai Emery has said that their main aim this season is to to go back to the UEFA Champions League next season.

BOURNEMOUTH, ENGLAND – JANUARY 14: Rob Holding of Arsenal is challenged by Callum Wilson of Bournemouth during the Premier League match between AFC Bournemouth and Arsenal at Vitality Stadium on January 14, 2018 in Bournemouth, England. (Photo by Mike Hewitt/Getty Images)

So basically, the Cherries have won thrice and lost twice in their last five matches.

Arsenal is on an unbeaten run of sixteen matches and they will be hoping to make it 17 tomorrow by beating or drawing with the Cherries.