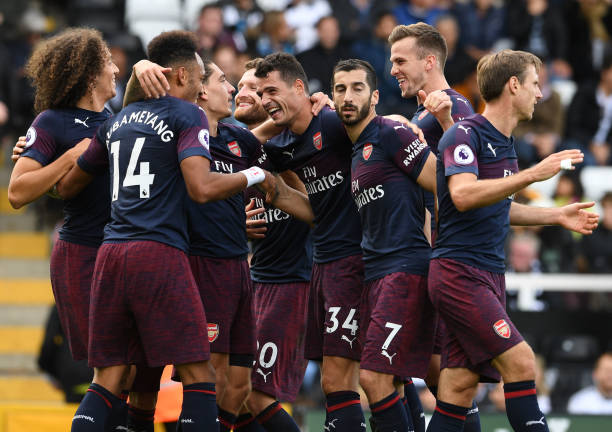 Arsenal is so far doing well in all competitions except the Premier League because they’ve drawn their last three matches and are now fifth on the table. Arsenal started this season poorly as they lost their first two matches against Manchester City and Chelsea but they have since then went on an unbeaten run of 15 games.

Arsenal fans are worried about the consistency of their team after the performance shown by their club on Sunday when it faced Wolves at the Emirates Stadium, the match ended 1-1 after Henrikh Mkhitaryan scored a late equaliser. ESPN pundit Paul Mariner says that the Arsenal team is still the same as in the past but has however singled out one player that has helped the gunners this season.

“It’s the same old thing with Arsenal – they’re very inconsistent. They’ve been consistent for a while but they’re inconsistent as well.” Paul Mariner said at ESPN FC.

“It’s a pretty good run but the catalyst has been the young Uruguayan boy Torreira. He’s been unbelievable, he’s made all the players around him look better. The back four is still the issue.”

Paul Mariner isn’t the only football pundit that has praised the performance of Lucas Torreira in the Premier League because the former Sampdoria midfielder has proven that he is worth every penny the gunners paid to get him.

Unai Emery did not try out Lucas Torreira in their first two matches against Manchester City and Chelsea but he has however been starting him after and there’s one interesting stat about the midfielder “Arsenal hasn’t lost any match this season when Lucas Torreira was in the starting eleven.” So that just sums it up how important the Uruguayan international is!

Unai Emery Praises Bernd Leno For His Performance Against Wolves