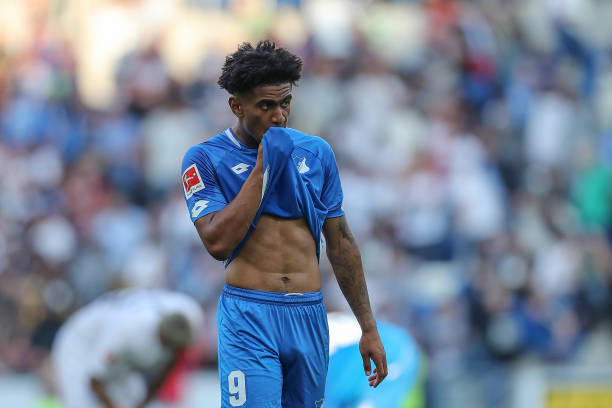 Arsenal loaned Reiss Nelson to Bundesliga side Hoffenheim and the young Englishman has been outstanding on his first loan move because he has managed to score six goals in seven appearances. That’s a performance which no-one expected from him even though some Arsenal fans were sad that he left when he would have helped out in competitions like Carabao Cup.

Reiss Nelson made his breakthrough last season and everyone wanted to see more of him this season but Unai Emery opted to sending him away on loan so that he could get enough confidence, and it’s great that he was sent to a foreign league because him performing well in it shows how the youngster is maturing into an adult. Arsenal recently lost Danny Welbeck to an ankle problem and the fans believe that Unai Emery should recall Reiss Nelson but there are also reports that Hoffenheim want to make the deal permanent since he has been impressive.

Arsenal’s advantage is that Reiss Nelson left the Emirates Stadium when he had signed a new long-term deal which will see him stay at the North London club for six years. Reiss Nelson was recently asked about his future and he confirms that he will return to Arsenal next season since Hoffenheim has so far helped him develop as a player, he also says that he would like to become an Arsenal legend.

“Arsenal are my boyhood club.I’ve been with them since I was eight, so that’s 10 years. I just want to go back there stronger because at the time I was at Arsenal I was 16, 17 and I didn’t feel confident.” Reiss Nelson is quoted by the Metro.

“I didn’t think I was a man, but now I’m feeling stronger and I think a couple more months or even a year in Hoffenheim will make me strong and give me the belief and confidence to go back to Arsenal and do very good there.I want to be an Arsenal legend.”