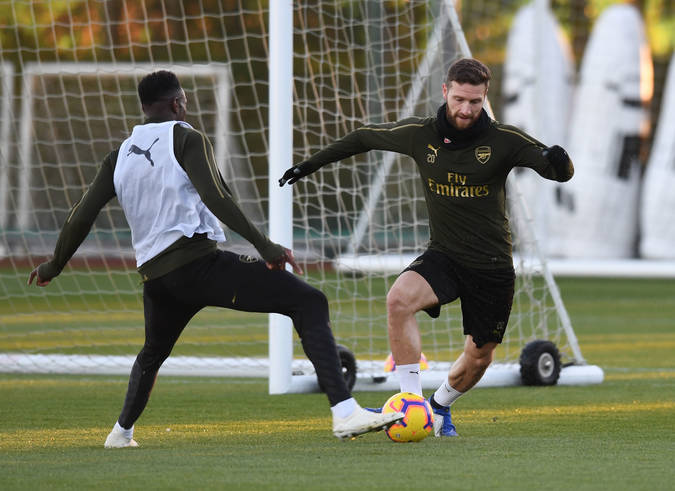 Arsenal has lost only two matches this season but it is still evident that they have conceded many goals even though they end up winning the matches. It seems Unai Emery has also tried to change Arsenal’s style of defending as he wants players to fully press the opponent until he finally loses the ball.

Shokdran Mustafi has played many matches for the gunners this season and he has been the  cause of Arsenal’s defensive errors according to the fans on Twitter  because he has always received criticism from them every week apart from his impressive performance against Liverpool. The German centre back was very impressive for the gunners on Saturday when they welcomed Liverpool at the Emirates Stadium and the Arsenal fans will be hoping to see such great performances from him in the future.

Shokdran Mustafi was with Unai Emery in the pre-match press conference on Wednesday and the defender was asked on what he had to say about their defence this season. He says that the team attacking the opponent makes the work easy for them as the defenders.

“I think that we are very good when attacking, and that makes the defensive work a bit easier. When you attack well, and even when we lose the ball, we press straight away to win the ball back high up the pitch.” Shokdran Mustafi told Arsenal’s official website.

“That makes it easier for us to defend because you don’t always have to go back 60 or 70 yards back to win it in your own box.”