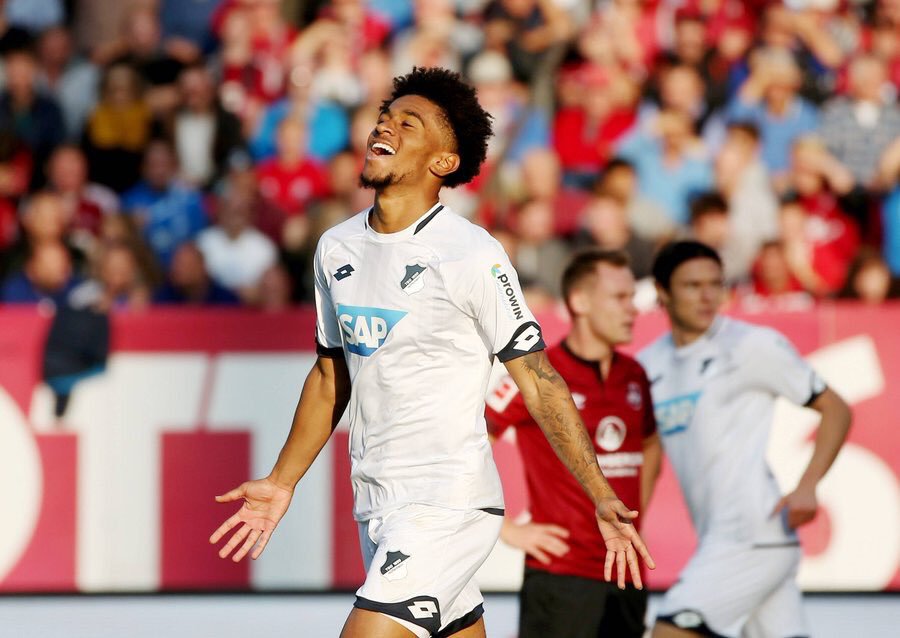 ( Reiss Nelson on loan at Hoffenheim )

Arsenal loaned Reiss Nelson to Hoffenheim in the summer transfer window but the young English international is becoming a star in Germany as he has impressed for his team in the German Bundesliga.

Hoffenheim faced Bayer Leverkusen on Saturday and Reiss Nelson was the first person to get on the score sheet as he scored a stunning goal to take his team into the lead in the 19th minute. The Arsenal fans are always monitoring their players that were loaned and reacted after seeing the goal by the youngster.

Some Arsenal fans commented on the video saying that the North Londoners should immediately recall him back because they need him in the Premier League since he has proved that he is an outstanding player in the German Bundesliga.

REISS NELSON’S STATS IN THE BUNDESLIGA