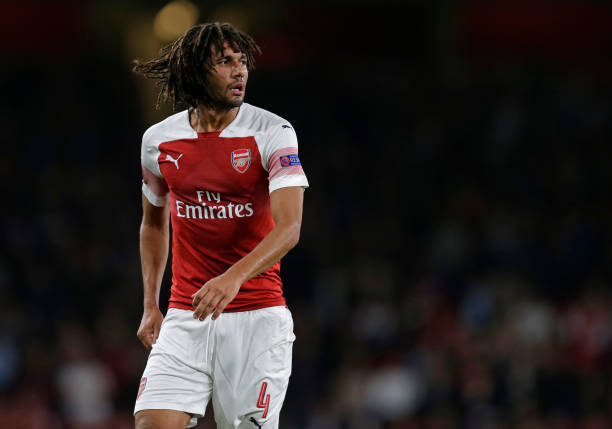 There was a report yesterday which claimed that the gunners were ready to sell Mohamed Elneny to Leicester City for £15million to raise the required amount to sign Villarreal’s midfielder Pablo Fornals. Elneny arrived at Arsenal in 2016 and hasn’t become a regular at the club yet but here are a few reasons why the gunners shouldn’t sell the Egyptian international.

1. REPLACING A PLAYER WHILE LOSING ANOTHER

It is believed that the gunners want Villareal midfielder Pablo Fornals to replace Aaron Ramsey who is expected to leave the Emirates Stadium in the January transfer window but here’s where the mistake comes in. Suppose Aaron Ramsey does leave Arsenal in January, the gunners will now sell Elneny to get enough funds to bring Pablo Fornals to London.

So Arsenal will have basically lost two players while getting one ( Pablo Fornals) who has zero Premier League experience.

Clubs like Manchester City are always on form through out the full season and it’s all thanks to squad depth because you can never avoid injuries. So it would be a great decision to keep Mohamed Elneny at the North London club even though he isn’t regularly playing, the Egyptian international does participate in competitions like Carabao Cup and UEFA Europa League so that the other midfielders can get some rest.

3. ARSENAL SHOULD SPEND THE MONEY

Premier League clubs that are at the same level as Arsenal sign a goalkeeper for £70million while the whole summer budget of the North Londoners is that amount. It must be frustrating for the coach to be given a small amount of money yet he has so many transfer targets.

So instead of unnecessaryly selling Mohamed Elneny, the club should give Unai Emery the required amount to sign Pablo Fornals.