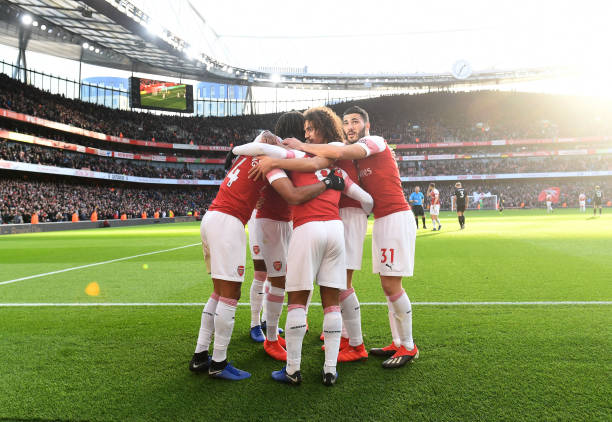 Arsenal has gone back to winning ways this afternoon after getting a 3-1 win over Burnley thanks to a classic performance from the home side. The gunners came into this match with low confidence because they had lost their last two matches against Southampton and Tottenham Hotspur.

The gunners held most of the possession in the first half and were the first to get on the score sheet after Mesut Ozil sent a cross in the Burnley box and Sead Kolasinac came sprinting to kick the ball back into the play, and Aubameyang slotted the ball into the back of the net with a slow low shot.

The gunners then looked confident but later lost Nacho Monreal and he got replaced by Stephan Lichtsteiner who once again played in the centre back position, he did incredibly well even though the gunners later conceded a goal in the second half.

The first half ended 1-0 in favour of the gunners and the second half started off poorly for the Arsenal side because Burnley put pressure on them but they later settled and started attacking the visitors.

The gunners broke out on a counter attack and Lacazette got the ball near the Burnley box and he sent in a pass to Aubameyang who scored by shooting in a strong shot which went past Hart hence the gunners leading by 2 goals to nil.

Unai Emery then substituted Mohamed Elneny to bring in Lucas Torreira and the gunners conceced a few minutes later thanks to a nice simple shot by Barnes. The gunners were now under pressure to keep their lead and Unai Emery brought in Alex Iwobi who replaced Alexandre Lacazette.

The gunners then worked on defending their lead but got a chance to finish off the game and they took it as Alex Iwobi scored after Mesut Ozil’s shot didn’t go in hence Arsenal winning the match 3-1.