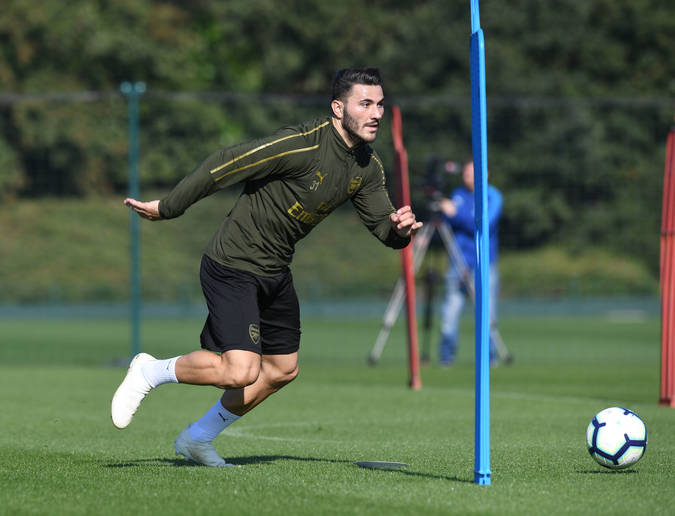 The Carabao Cup has returned and the gunners will tomorrow face Tottenham Hotspur at the Emirates Stadium. The gunners have released a statement about the latest injury news ahead of the North London Derby and it seems Arsenal still has a long injury list.

Shkodran Mustafi missed Arsenal’s match against Southampton because he was suspended but aside from that, he had a slight injury which he picked up in the match against Huddersfield Town one week ago. The club has however confirmed that the German defender will be assessed before the North London Derby. Arsenal also says that Stephan Lichtsteiner has returned to full training.

Hector Bellerin did not finish the match against Southampton because of a calf injury which he sustained now before the end of the first half. The club has said that he will be assessed ahead of the match against Tottenham Hotspur.

Sead Kolasinac missed Arsenal’s encounter with Southampton because of a thigh injury but he will also be assessed ahead of their match on Wednesday. The Arsenal fans can’t wait to have him back in the squad because they missed him in their defeat to Southampton.

Arsenal youngster Emile Smith Rowe is also on the sidelines and he missed the match against Qarabag on Thursday because of a hip injury. The club confirms that he is expected to return to full training in December.

Dinos Mavropanos is still out but he is expected to return to full training this month while Rob Holding is ruled out for six to nine months. Danny Welbeck is still recovering from his surgery.