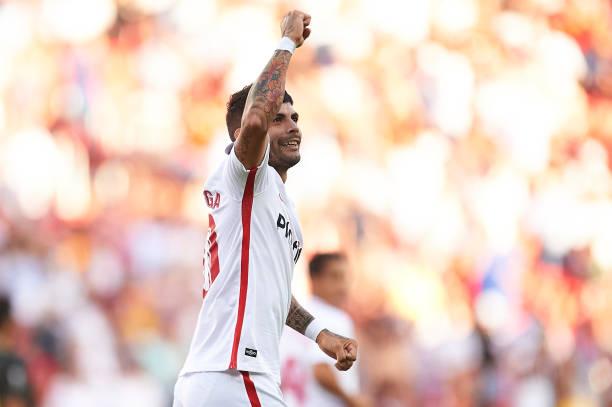 Arsenal has under performed in the last four matches and it’s clear that the gunners need to improve their squad in this winter transfer window. Arsenal has been linked with Ever Banega for a long time and the rumours begun in the summer before the gunners confirmed the signing of Lucas Torreira.

Arsenal’s current head coach Unai Emery has a good relationship with Ever Banega because they were together at Valencia some years ago. Arsenal fans can’t wait to see who the club will be signing in this January transfer window and they have received some good news as a report by the Mirror claims that Ever Banega’s agent is in London to finalize the deal which will see the Argentine international come to the Emirates Stadium for just £18million.

It is surprising that Unai Emery is considering signing another central midfielder when the current results and football pundits have been saying that Arsenal needs new centre backs because it is very poor at defending. The Arsenal team has been scoring many goals but can’t defend well but the question will be: Is Ever Banega the solution to Arsenal’s defensive problems?

Ever Banega is an all round great player who can tackle, attack and score goals. Another good thing about him is that he is a very aggressive player and would make a solid partnership with Lucas Torreira. The only disadvantage of Arsenal signing Ever Banega is that he is already 30 years old and the gunners wouldn’t rely on him for more than three seasons.