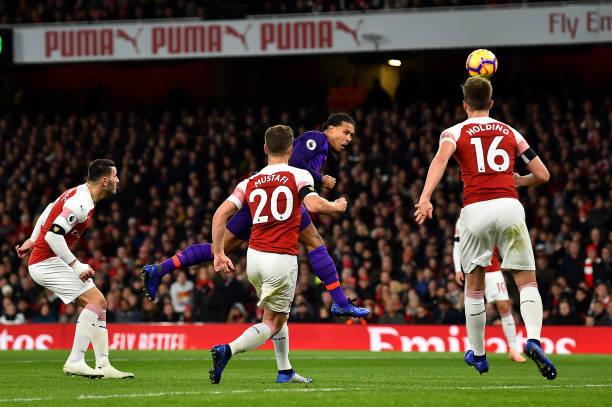 The gunners will today face the current best Premier League side and everyone believes that it will be an easy game for Liverpool because they are still unbeaten this season. Arsenal on the hand has under performed in this month and most of its fans are worried about their weak defence ahead of this game.

Arsenal has however received some good news ahead of the Liverpool game as Shkodran Mustafi has been selected in the provisional squad to take on the Reds in the evening. Even though this doesn’t guarantee Mustafi being in the starting eleven but it confirms that he is now fit to play.

He even teased his come back to the fans as he tweeted saying; “The wait is almost over… comeback in sight!” and also attached a picture which shows him in training ahead of today’s epic encounter. Most of the Arsenal supporters are happy that Shkodran Mustafi is back because he is among their best defenders who is always underrated.

Another slightly good news for Arsenal ahead of this match is that the Reds have confirmed that James Milner will miss the match against the gunners because of a hamstring injury according to their club’s official website. Even though he isn’t usually praised among the most important Liverpool players but his experience always helps them to win matches because he is a great leader. Not to forget, Milner is the only Liverpool player that scored against Arsenal at the Emirates Stadium this season.

Arsenal comes into this match well knowing that it will need a bit of luck to win because Liverpool seems unstoppable at the moment.