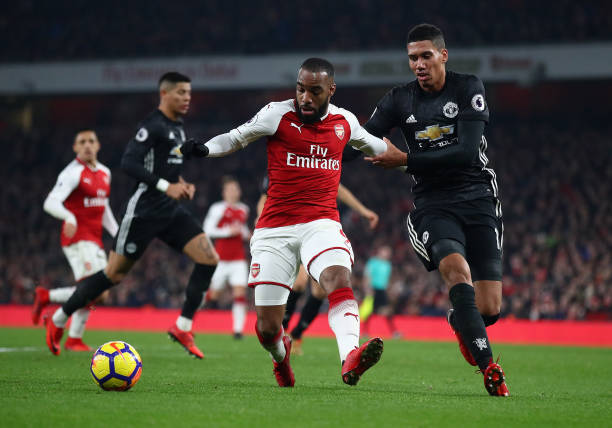 Manchester United will welcome Arsenal at the Old Trafford on Wednesday and the Red Devils will come into this game hoping to end the unbeaten run of the gunners. The gunners will also be hoping to continue their unbeaten run so that they could stay in the Premier League top four.

Arsenal will come into this match with confidence after getting a win in the North London Derby and there’s some news for the gunners as its reported that Manchester United could be without eight defenders according to the Telegraph: Smalling, Bailly, Jones, Shaw, Lindelof, Valencia and Darmian all have injuries and Young is suspended. It’s an advantage to the gunners because most of these players are Jose Mourinho’s senior players.

Manchester United could be without eight defenders for the meeting with Arsenal on Wednesday. Smalling, Bailly, Jones, Shaw, Lindelof, Valencia and Darmian all have injuries and Young is suspended. [@TelegraphDucker] pic.twitter.com/jII0AMvcuI

The gunners have spent a lot of time without getting a win against Manchester United when the game is played at the Old Trafford and Unai Emery will be hoping to end that mentality as he continues his revolution at the North London club. Matches between Arsenal and Manchester United are always entertaining, and there’s also much rivalry between the fans of both clubs.

Arsenal will also however be without Granit Xhaka who misses the Manchester United game because he has received 5 consecutive yellow cards in the last five matches.