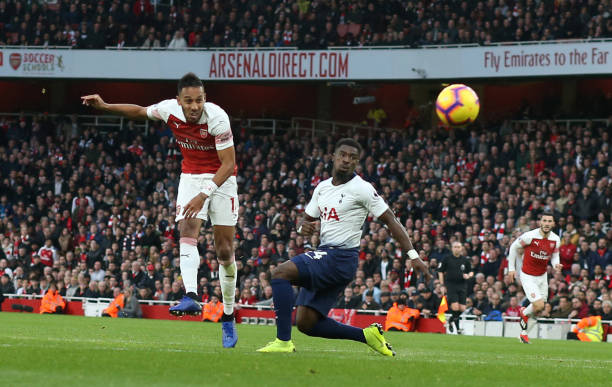 Mauricio Pochettino recently issued a statement saying that Spurs were no longer preoccupied with the North London rivalry with Arsenal. Nevertheless that is not to say that the match on the 19th of December won’t be a competitive one, especially that Spurs have a score to settle with the Gunners who are going through a rough time. The two teams face off in the quarter finals of the Carabao Cup.

Less than a month ago, Unai Emery engineered a ruthless come back to sink Spurs. Mauricio will be wary of that as he prepares for this game. Spurs have been the great underachievers with no trophy in the recent past years and it’s rumoured that they will rest players against Arsenal in preparation for the busy December fixtures.

They will be without Serge Aurier (groin) and Mousa Dembele (ankle) who are continuing with on-field rehabilitation and Victor Wanyama with a knee injury. Jan Vertonghen is expected to return from a thigh injury in January, and finally Eric Dier continues his recovery following surgery to remove his appendix.

Neither team has won this Cup in almost 10 years now. With both clearly not in contention to win the league, this silverware is not so bad after all.

Arsenal will look to put the last loss behind them and get to winning ways. Unai should count on the non starters for this game. With the upcoming schedule in mind. Sead Kolasinac has a right thigh injury but is being assessed for this game. Shkodran Mustafi is out with a right hamstring problem while Emile Smith Rowe with a right hip one.

The game will be played at the Emirates stadium and Unai Emery will look to get the home supporters cheering his team. Spurs won’t be shy themselves, the game will be up for whoever will want it more.

Arsenal Vs Burnley: Unai Emery needs to redeem himself

Southampton Vs Arsenal, Unai Emery will need a win