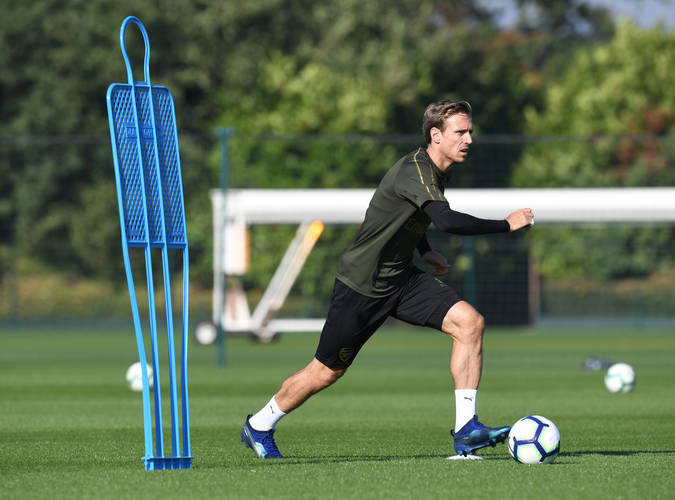 Shkodran Mustafi and Sokratis Papastathopoulos will miss Arsenal’s match against Southampton because they received their fifth yellow cards of the season last week in the Huddersfield Town game. So the gunners will now be without two first team central defenders in an away match to Southampton who have in the past always given the gunners a hard time.

Arsenal’s boss Unai Emery is left with only one centre back, Laurent Koscielny and he just returned from a long-term injury which kept him out for five months but he will have to step up and put on a good performance, and he is even Arsenal’s main captain.

So let’s say Laurent Koscielny is available but the gunners are currently using the 3-4-1-2 formation in the Premier League so Unai Emery will need two more centre backs to partner with the French international. The Arsenal coach is also open to get a young centre back from the Under-23 squad but that might be suicidal because the youngsters don’t usually handle much pressure.

LONDON, ENGLAND – OCTOBER 31: Stephan Lichtsteiner of Arsenal gestures during the Carabao Cup Fourth Round match between Arsenal and Blackpool at Emirates Stadium on October 31, 2018 in London, England. (Photo by David Price/Arsenal FC via Getty Images)

So Unai Emery will probably use full backs in the centre back positions, so Stephan Lichtsteiner and Nacho Monreal will play along Koscielny on Sunday since they are the only ones available. Sead Kolasinac has been impressive in the left back position in the last few weeks so we can’t expect Monreal to start in that position.

Playing Monreal and Lichtsteiner as centre backs could work well than one would expect because the height of the Swiss international will be needed to stop the aerial balls, and that’s one of Southampton’s main tactics, they like using set pieces to score. Monreal’s speed will also come in handy in protecting the Arsenal goalkeeper if the gunners get exposed or be caught off guard.

Unai Emery reveals his players’ progression in understanding his tactics