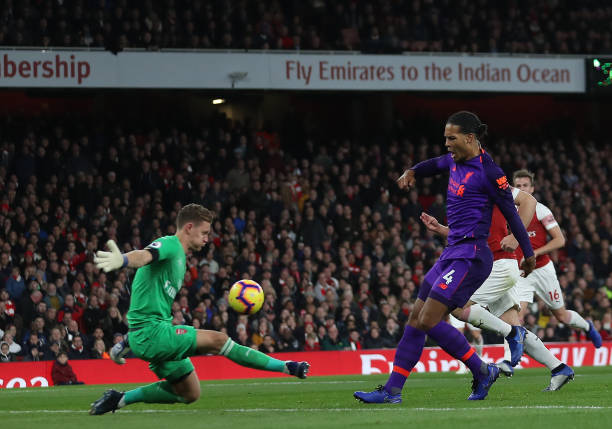 Liverpool will on Saturday welcome Arsenal at the Anfield Stadium and it’s going to be an epic match because one team ( The Reds) has performed well defensively while the other ( Gunners) have been leaking goals each and every week. Liverpool boss Jurgen Klopp has however warned his team to be cautious because Arsenal has many threats upfront like Aubameyang and Lacazette, Unai Emery will be boasting of that.

Liverpool are currently first on the Premier League table and they have conceded a few goals this season because of its great defence and goalkeeper Allison. Arsenal will have to be at its best tomorrow if they really want to get on the score sheet and Unai Emery will be hoping to get it right with his lineup this time.

Liverpool have a major boost as midfielder Oxlade Chamberlain nears his return after a long-term injury. Otherwise they are likely to be without midfielder Milner who has a muscle problem and Alberto Moreno has some back problem. Furthermore Joel Matip and Joe Gomez are also expected to be absent due to injury.

This match is going to be so tightly contested and I see another draw. Liverpool will have more pressure as they visit Manchester City after this match. While Arsenal will have to play with high intensity and make fewer mistakes if they are to get anything from this game.

Brighton Vs Arsenal: Unai Emery needs all the three points