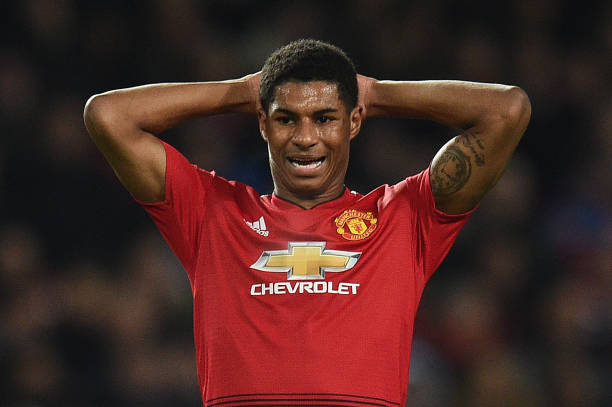 Arsenal will today face Manchester United at the Old Trafford and most of their previous encounters have had the Red Devils being the favourites to win the game but things are different this season as, everyone believes that the gunners will come out as victors after the game.

Manchester United young star Marcus Rashford impressed in their match against Arsenal in 2016 and he scored a brace in that game. He was still unknown at that time but him embarrassing the gunners helped him rise through the ranks at the Old Trafford, he is now one of their most valuable players at the moment.

Arsenal is under the management of a new person after Arsene Wenger resigned from his position as gunners boss in May and Unai Emery has improved the gunners this season because they are now on an unbeaten run of 19 matches. Marcus Rashford will probably be in the starting eleven of Manchester United that plays against Arsenal today but he has spoken of why Unai Emery’s Arsenal has improved.

“It’s almost a different Arsenal side now, they’re playing better football, they’re a more aggressive team and looking at them now they’re one of the strongest teams in the league. ” Rashford told Manchester United official website.

The gunners will be hoping that Marcus Rashford doesn’t humiliate them again because they will need to win this game if they want to stay in the Premier League top four. Arsenal are favourites to defeat Manchester United but the gooners are worried that their team might underestimate them hence losing the game.

Expected lineup that Unai Emery will use against Manchester United