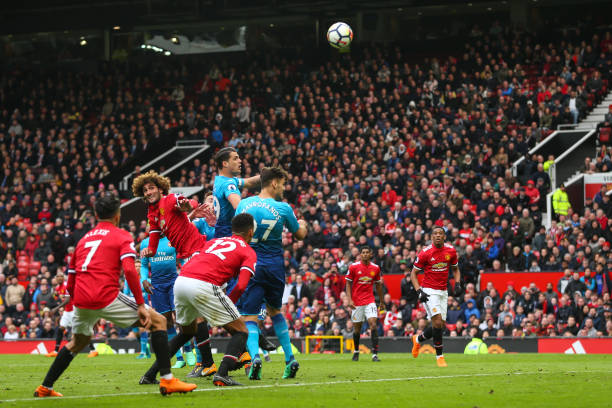 The Manchester United and Arsenal fixture may no longer be characterized by Patrick Vieira and Roy Keane fist fights but don’t underestimate what’s on the stake in Wednesday’s fixture. Underfire Mournho goes up against Unai Emery knowing the fixture is one to showcase his credentials for the top four.

Manchester United are not playing as good as they would have wanted but they are a team to recon with. The Red devils sit at 22 points, 19 behind the leaders. It’s clear to see that Mourinho’s men have slowly slept away from the title challenge.

In the north of London, Unai Emery is proving to be a master of tactics in his own right after engineering one of the best comebacks in the current season, a 4-2 win over Spurs. His substitutions have been spot on. Nevertheless he knows Arsenal lost to United home and away last season. In addition they have also shipped in more goals (18) than any other team in the top 6.

Premier League top scorer Aubameyang will lead the attack with minimal changes. On the injury list are Laurent Koscielny (Right Achilles), continues to complete his rehabilitation. Nacho Monreal is being assessed ahead of the Manchester United game while Dinos Mavropanos is still battling with his groin injury and Welbeck is still recovering from his surgery. Xhaka misses the game because of yellow card (5) suspension.

MANCHESTER, ENGLAND – APRIL 29: Henrikh Mkhitaryan of Arsenal takes on Paul Pogba of Man Utd during the Premier League match between Manchester United and Arsenal at Old Trafford on April 29, 2018 in Manchester, England. (Photo by David Price/Arsenal FC via Getty Images)

With many saying the special one has lost the trust of his players, Mourinho will be sending his squad to defend not only their loyalty to him but also to play for their pride. United will likely include Romelu Lukaku who came back with a goal after being dropped from the starting 11. Here is their injury list, we have Alex Sanchez who is out until next year, Antonio Valencia, Chris Smalling and Eric Bailly are all injury doubts while Victor Lindelof has been ruled out with a groin problem.

Match after match we have seen Unai Emery get things right but now he is up against the master of defensive tactics, Josè Mourinho. Will he be able to crack the Old Trafford fortress to make it 20 games without a loss? We will see in due time.