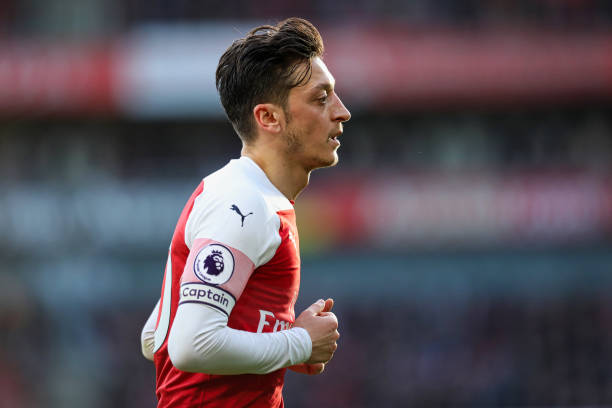 The gunners will tomorrow welcome Fulham at the Emirates Stadium and it is going to be a must win match for Unai Emery’s men because Manchester United has started trailing them and any slip up would see them go into the sixth position on the Premier League table.

Mesut Ozil missed Arsenal’s match against Liverpool on Saturday because he had pain in his knee but he will be available for the match against Fulham tomorrow. The gunners didn’t get any injuries in their defeat to Liverpool except Shkodran Mustafi who was substituted at halftime at the Anfield Stadium at the weekend but the German centre back is also fit ahead of the next match.

Note: Provisional squads are available squads ahead of a match after removing the injured and suspended players.

Arsenal fans will be hoping to see Mesut Ozil in the starting eleven that faces Fulham because they missed his creativity in the Liverpool game. And some of the Arsenal fans believe that Mesut Ozil was deliberately removed from the squad because Unai Emery believes that he wouldn’t cope up with the pressure from The Reds.

Arsenal’s defence has been embarrassing in the last few weeks and everyone wanted to see Unai Emery give chances to some of the young centre backs like Medley because the experienced ones like Mustafi and Koscielny aren’t fully fit. So the gooners will be glad that Medley is in the provisional squad.