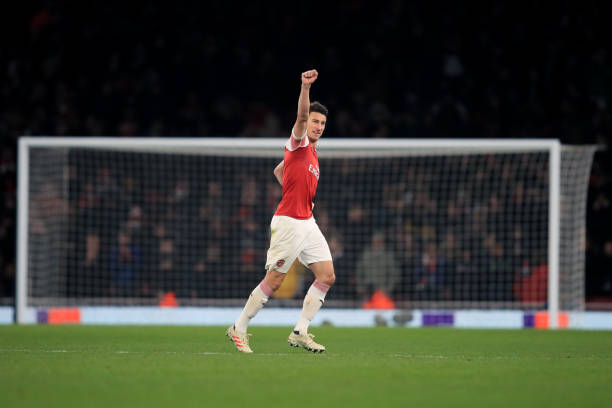 The gunners played Qarabag last night and won the match 1-0 thanks to an incredible goal by Alexandre Lacazette in the first half of the game. Laurent Koscielny started this match for the first time this season and he had spent about four months on the sidelines.

Laurent Koscielny was in the starting eleven that played against Qarabag and he had a good game because he looked calm on the ball even though he has spent a long time without playing a competitive match. He played with Alexandre Lacazette who is his countryman since they both come from France and it must be great for players from the same country to play at the same football club.

Laurent Koscielny will probably play against Southampton on Sunday and he was substituted in the 70th minute so that he could rest for the upcoming Premier League game. He walked to the bench with a smile on his face as he had now made his return and there was some funny drama as Matteo Guendouzi and Alexandre Lacazette helped him put on his jacket before he sat on the bench. They both helped Laurent Koscielny put on the jacket which was giving him some trouble.

Saka stats Vs Qarabag and Unai Emery’s comment about him

Laurent Koscielny sends a message to the Arsenal fans