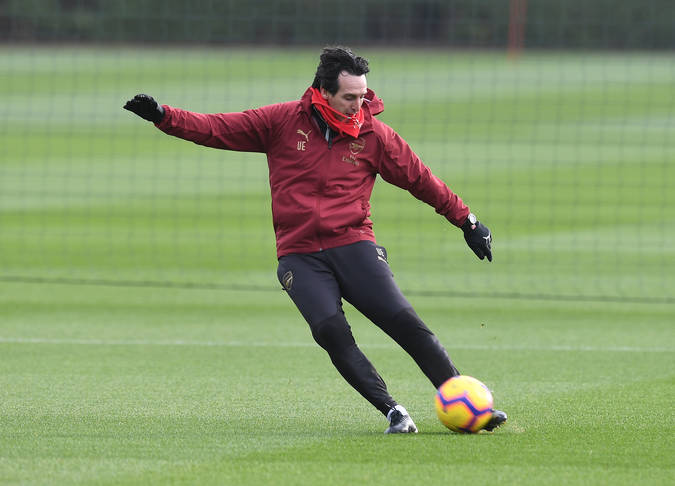 Arsenal is today facing Burnley in the Premier League and they will come into this match while under pressure because they have lost their last two matches. Unai Emery will definitely have a hard time choosing the best lineup since the two which he chose on Sunday and Wednesday lost.

Arsenal has this season been changing formations almost every week because Unai Emery wants to take every opponent differently so let us take a look at how the gunners will lineup against Burnley.

Bernd Leno is the first choice goalkeeper of Arsenal and the performance by Cech on Wednesday clearly showed that the gunners still need to rely on the German shot stopper.

This part of the Arsenal squad is considered to be the cause of the loses which has led to the gunners losing two matches in a row. Unai Emery will definitely not start Xhaka as a centre back again and Koscielny might not start according to what he said in his press conference, so Sokratis could be paired with Elneny. Stephan Lichtsteiner and Sead Kolasinac will start as full backs.

Granit Xhaka has played as a centre back in Arsenal’s last two matches but he will today come back to his position and be paired with Lucas Torreira who has also not been himself in the last few weeks.

Aubameyang has been given enough chances as a solo striker but he will this time start on the wing and Mkhitaryan too will be in the lineup because he scored a double against Southampton one week ago. Mesut Ozil will finally start a Premier League match after a long time.

Alexandre Lacazette has mostly been starting on the bench this season but he will this time finally get a start against Burnley.