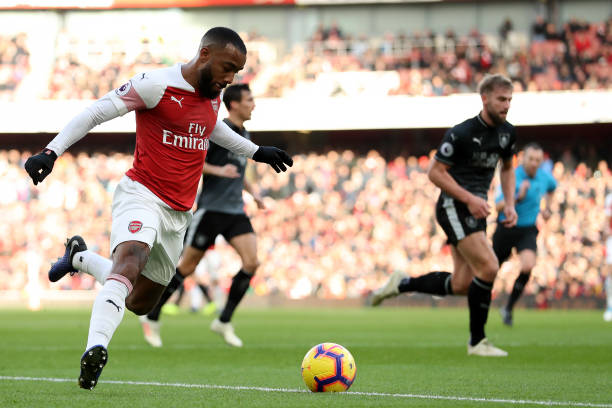 Arsenal has gone back to winning ways after getting an impressive win against Burnley thanks to goals from Aubameyang (2) and Alex Iwobi. Alexandre Lacazette was in the starting eleven of Arsenal that played that game but he however was substituted by Unai Emery in the second half.

There has been a lot of divided opinions on this matter because Alexandre Lacazette seemed angry after getting substituted because he probably thought that he didn’t deserve to be removed from the game since he was doing well. But here are few reasons which shows that Unai Emery was right to substitute him.

1. EVERY PLAYER NEEDS A CHANCE

There’s no rule that says that a coach must use all his substitutions but when you have other 7 players on the bench, a boss usually tries to give other players a chance even if they are winning. So let’s say that Lacazette did have a good game but Iwobi also deserved a chance to play and actually, it paid off since he scored Arsenal’s third goal.

Yes, this reason might seem as a lie since he has started on the bench in the last two matches before the Burnley game but come to think of it, Unai Emery has only two senior strikers left and Arsenal is in three competitions so he wouldn’t want to risk to have his, two strikers on the pitch when their opponents are very physical.

There’s also a possibility that we could have understood the situation poorly because what if Alexandre Lacazette was just disappointed in himself.

Where Should Unai Emery Be Looking To Strengthen In The January Transfer Window?