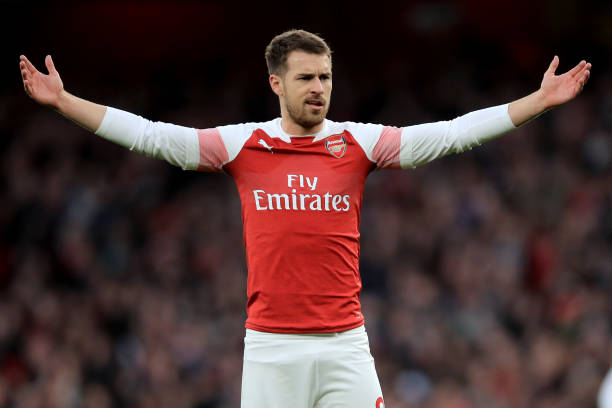 Arsenal will lose Aaron Ramsey at the end of this season because the Wales international hesitated in putting pen to paper to a new deal they had given him, so the club withdrew their offer while the midfielder had not made up his mind. Aaron Ramsey has since then been linked with many European clubs but the Arsenal midfielder hasn’t revealed where he will be moving to at the end of this season.

Danny Welbeck has been at the Emirates Stadium for four years but he has failed to get in Arsene Wenger’s first eleven or even Unai Emery’s. The new Arsenal boss was using him in mostly the UEFA Europa League and Carabao Cup so that Aubameyang and Lacazette can get some rest but the Englishman recently got a horrific injury that will keep him out for many months. He is in his final year at the Emirates Stadium and a report claims that he won’t be given a new deal.

The Metro claims that Unai Emery is going to let these two players leave because he wants to promote youngsters like Reiss Nelson and Emile Smith Rowe in the upcoming seasons. The gunners are one of the few English teams that are well-known to having groomed youngsters into becoming the football stars we see these days. This could be true because when Unai Emery signed Matteo Guendouzi, everyone thought that the young Frenchman would be sent to the Arsenal Under-23 squad but he was surprisingly in the lineup that played against Manchester City on season opening day.

Arsenal’s previous manager, Arsene Wenger used to also do the same and he would always try to sign players who are young, and always said that a club should always plan for the future. But Arsenal fans might not be happy that Unai Emery told the Arsenal board not to give Welbeck and Ramsey new contracts.