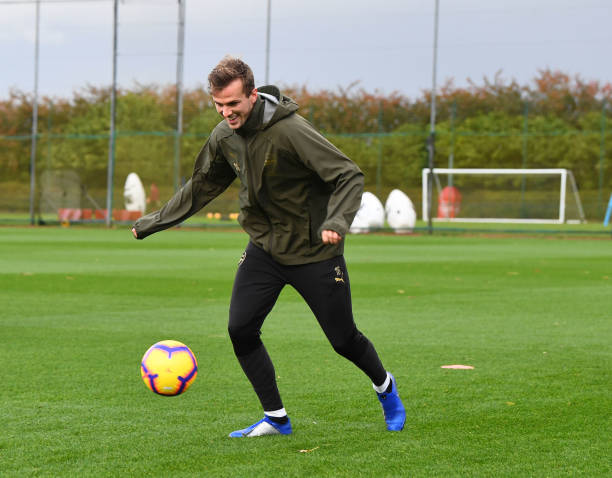 Arsenal defender Rob Holding has been ruled out for six to nine months because he ruptured his anterior cruciate ligament in the 2-2 draw with Manchester United two months ago. This was devastating news for Arsenal because he was having a good season but now out for a long time.

It’s been some good time since the English international was operated on and he has today gave an update on his recovery. He tweeted on Twitter saying that he has begun light in doors training.

After a tough first few days, back at the training ground and progressing nicely???? pic.twitter.com/W5YSbaYKQz

“After a tough first few days, back at the training ground and progressing nicely.”

Most of the Arsenal fans replied saying that they can’t wait to see him back on the pitch while the others said that they wish him quick recovery. The gunners have struggled since he went on the sidelines because Unai Emery’s three-man defence system works best when Rob Holding is among the three centre backs.

Arsenal has always been among the Premier League clubs that are usually dismantled because of constant injuries and it seems it is the same case this season, so one would ask what the problem is? Injuries have been ruining players like Laurent Koscielny who has not been the same after his recovery but the Arsenal fans will be hoping that Holding doesn’t come out as a different person after coming back from this hectic injury.