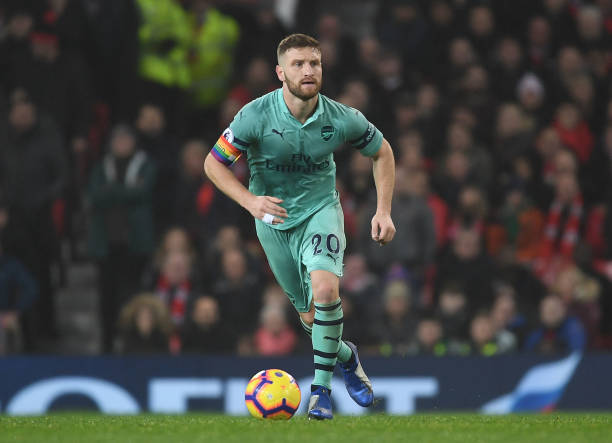 Arsenal was on Wednesday welcomed at the Old Trafford and they were the favourites to win the game but the Red Devils gave them a hard time throughout the whole 90 minutes. Shkodran Mustafi was among the 3 man defence that Unai Emery against Manchester United but his department cost the gunners the three points.

The gunners were the first to go into the lead thanks to a wonderful bouncing header from Shkodran Mustafi to make it 0-1. The gunners didn’t hold onto their lead for long because Manchester United received a free kick and Bernd Leno saved it but the ball was crossed to the box and Anthony Martial scored on his birthday.

The gunners improved at the start of the second half and put the Manchester United side on pressure as they looked for a winning goal, they finally got their second goal of the day after Alexandre Lacazette went into the Manchester United penalty box and Marcos Rojo deflected the ball it his own net. The home side equalised seconds later and the match ended 2-2 after the full 90 minutes..

Shkodran Mustafi scored against Manchester United and he was happy after the game even though they made a draw, the German international took to Twitter to speak out on the game and joked about those who said the gunners can’t be unbeaten in 20 games.

“and then they said: Arsenal will never go 20 games undefeated “ …four points for us out of these important last two games. We take that and keep going!”