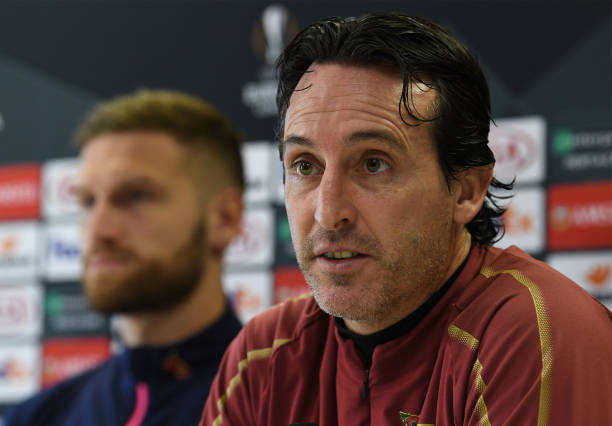 Southampton will this weekend welcome Arsenal at the St. Mary’s Stadium. This match will be a test of strengths for Arsenal’s makeshift backline. Southampton have been a difficult rival for the gunners in the last few years.

The Saints have not won a Premier League match since the 1st of September and they have 9 points after 16 games, they are in the relegation battle. Without a doubt, new manager Ralph Hasenhüttl will definitely hope to get the most out of this match.

Unai Emery has shown that it is important to study the opponent regardless of their position on the table. With the top four positions being fought for by 5 teams, Unai will look to get all three points. 22 games undefeated in all competitions so far speaks volumes about the way Emery wants to succeed at all costs. The gunners will look to also extend the winning streak after recent draws.

After a successful game on Thursday, Unai will be delighted to have Laurent Koscielny, Nacho Monreal and Mesut Özil back in the team. Club top scorer Aubameyang will also look to add some goals to the 10 he has scored so far.

However due to receiving their fifth domestic bookings, Sokratis and Shkodran Mustafi receive a one-match suspension, furthermore Shkodran’s hamstring is also being assessed. Emile Smith Rowe, is out with a right hip injury and expected to return to full training this month. Rob Holding left knee had a successful anterior cruciate ligament repair surgery done. Dinos Mavropanos still out with a groin injury while Danny Welbeck continues to recover from a right ankle injury after surgery.

Southampton on the other hand will miss Cedric Soares who is a doubt with a calf injury while Michael Obafemi is nursing a hamstring problem. Apart from that, Saints striker Charlie Austin will pose a reasonable threat, he has scored 4 goals in all the games he h.as played against Arsenal. We will see if he manages to score this time around.

A club fighting for top honors versus one in a relegation battle is always a game of patience. We will see how Unai will set and how Saints will try to defeat them.