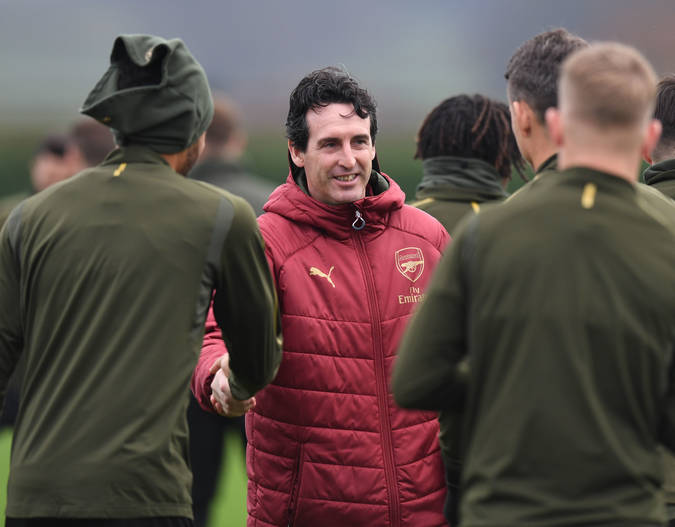 The gunners were yesterday welcomed at the Anfield Stadium by Liverpool and Arsenal conceded five goals there as they have always done in the past. Most of the Arsenal fans were scared of Liverpool but had faith that they wouldn’t concede many goals under Unai Emery who vowed to try to end these ridiculous defeats.

The gunners started off the match poorly because they were always getting counter attacked by Liverpool but they surprisingly went ahead after Maitland-Niles finished off a cross from Alex Iwobi. That goal was unexpected but Liverpool came from behind to score four goals in the first half. Most of those goals were embarrassing for the defenders, for example the second goal, Lucas Torreira lost the ball and Firmino got past three defenders to give the Reds the lead.

The other goals were also embarrassing because Arsenal’s defenders gave away two penalties and the gunners were totally outclassed in the midfield because Liverpool has exceptional midfielders. Arsenal head coach Unai Emery had a post-match press conference and he looked disappointed as he claimed that it is his responsibility to fix their defensive problems.

“But defensively we need to be stronger, to work. Our defensive moments in our box, it’s my responsibility and then we need the balance. We need to keep the balance in the middle.” Unai Emery told Sky Sports.

“We lost today 5-1, we need to keep the balance in the middle, be serious and continue on Tuesday with a big match at the Emirates. We need to show our supporters there we are standing up after the result.”

The Arsenal fans will be hoping that Unai Emery signs some new defenders in the January transfer window which will be opening in a few hours from now and they will now focus on their next match against Fulham at the Emirates Stadium on Tuesday.