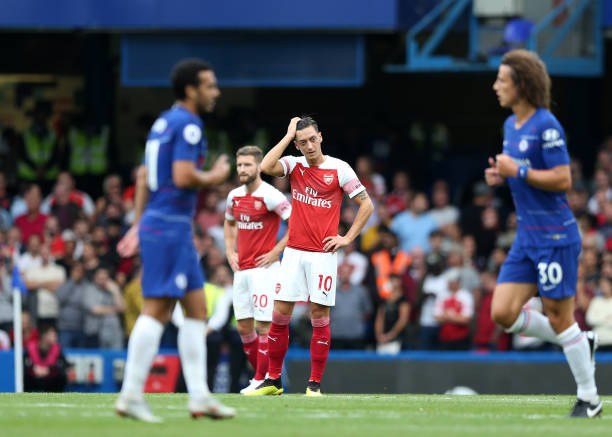 Arsenal returns to action tonight against Cardiff City today and even though many of the gooners believe that this will be an easy win, it won’t be that easy as Arsenal currently has many problems.

Unai Emery will probably tinker his squad since their last match saw them get knocked out of the FA Cup by Manchester United.

However, with the match drawing closer, we take a look at the reasons why Arsenal must be continuous against the visiting Cardiff City side.

Arsenal will be up against an unlikely foe who may look more hard than easy when they take to the pitch against Cardiff.

The visitor might deploy a defensive strategy to frustrate Arsenal in transition. This they may do with over 10 men behind the ball in the hope of a sudden counterattack against the Arsenal’s defence.

That’s why Arsenal must push for an early goal with all the creativity they’ve got in order to unsettle the opposition (Cardiff City) early on at the Emirates.

With United winning streak, it’s not safe for Arsenal to drop any point in this match. Further slip-ups like in the Wolves and Brighton 1-1 draw would prove costly as this will see the Gunners meander down the Premier League table.

Unai Emery must engineer his players into (positive) action on the pitch as they make up for a poor showing against Manchester United.

This beckons after the Cardiff City match as the Gunners needs to be in the right frame of mind to navigate the fixture.

It calls for a show of steel and mental capacity as Arsenal players like Alexandre Lacazette and  Lucas Torreira must lead by example among the Arsenal group as they couple momentum to beat Manchester City (possibly) at the Etihad.

This can be made more easily with a conscious approach for the sole aim of victory against Cardiff City.

Three Arsenal players that will give Cardiff City a hard time