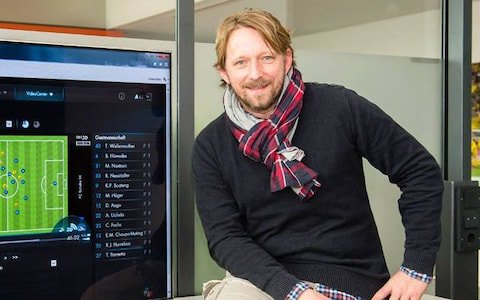 Arsenal has just confirmed that their Chief Scout Sven Mislintat will officially be leaving the gunners next month after having been at the Emirates Stadium for a year. He is surely gonna be missed by the gunners because he did show his quality by identifying some gems like Lucas Torreira, Matteo Guendouzi and Bernd Leno.

“It’s been an amazing experience to work at a great club like Arsenal in what has been a big time of change. I am excited about what the future holds for the club and am looking forward to new challenges for myself.”

Some reports claim that Sven Mislintat has left Arsenal because he had disagreements with top officials at the club hence him believing that the perfect option would be for him to leave the club. It is also said that he has received an offer from Bayern Munich to become their new Chief Scout.

Most of the Arsenal supporters are upset that the club has easily let Sven Mislintat go yet he is one of the top scouts in Europe. The gunners will probably appoint his successor in the coming weeks.