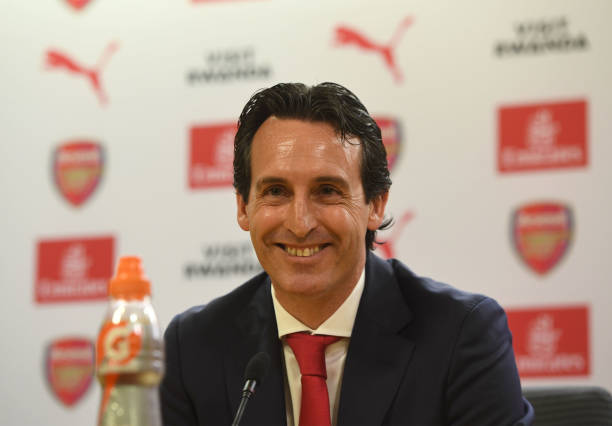 Arsenal was able to get all the three points after scoring twice against Cardiff City but it was still evident that the gunners lacked wingers as both Aubameyang and Lacazette were sometimes forced to go wide because they weren’t receiving any crosses from their teammates. Unai Emery then brought in Alex Iwobi who made significant impact as he passed the ball that led to Arsenal’s penalty which Aubameyang scored.

Arsenal head coach Unai Emery faced the media after the match and it was obvious that he would be asked about Denis Suarez since reports earlier had claimed that he would be joining the gunners after Barcelona finally agreed the loan proposal of the North Londoners.

“We need wingers. A player like Suarez, I know him. He played with me in Sevilla. His quality is this.” Unai Emery told Football.London.

“The last news, I don’t know because today my focus is on the match. I have not spoken with anyone, the club is working on that. Maybe tonight or tomorrow I will speak to know the news.”

So it’s now confirmed that Arsenal’s head coach Unai Emery will be using Denis Suarez as a winger and it will be interesting to see if it will work out because he is usually labeled as a central midfielder in his profile. But Unai Emery did say in the past that he used to use Denis Suarez as a winger at Sevilla so it’s no surprise that he will be doing the same this season.