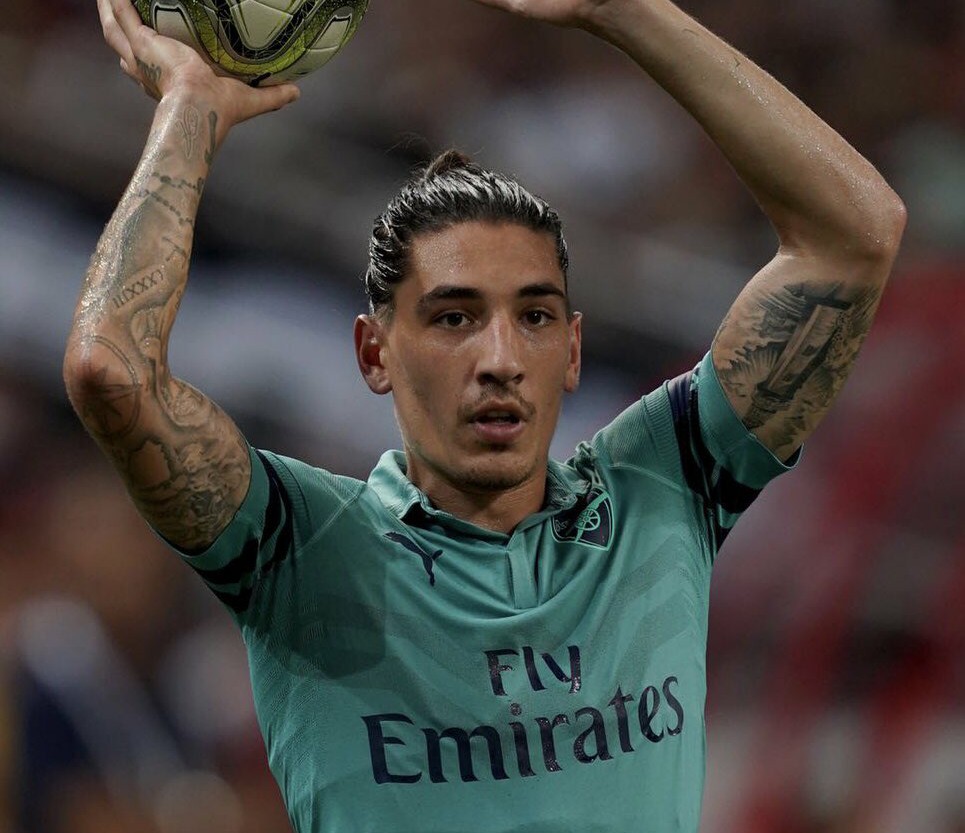 Arsenal defender Hector Bellerin has been ruled out for to six to nine months after he got a knee injury in Arsenal’s match against Chelsea at the Emirates Stadium. The gunners won the match but they however lost Hector Bellerin who had an outstanding game after returning from a short-term injury.

Arsenal has suffered a lot of injuries in this 2018/19 campaign and Hector Bellerin has now gone back to the sick-bed but Unai Emery has reassured the Arsenal supporters that the Spanish right back will come back stronger since he is mature and a professional footballer. The Arsenal fans usually get scared when their best players get injured because some return when they have lost their touch like Francis Coquelin and Theo Walcott.

Unai Emery has however confirmed that Bellerin is working hard to return, the Arsenal coach spoke about the right back in his Manchester United pre-match press conference.

“Hector Bellerin is very mature and I think he received this injury like a football professional can take and he is already preparing to come back stronger than before.” said Unai Emery telling Arsenal Player.

Arsenal will now be forced to either play 35-year-old Stephan Lichtsteiner or Ainsley Maitland-Niles in the right back position, they could as well give chance to Carl Jenkinson who is surprisingly still a gunner after all these years without getting into the first eleven.