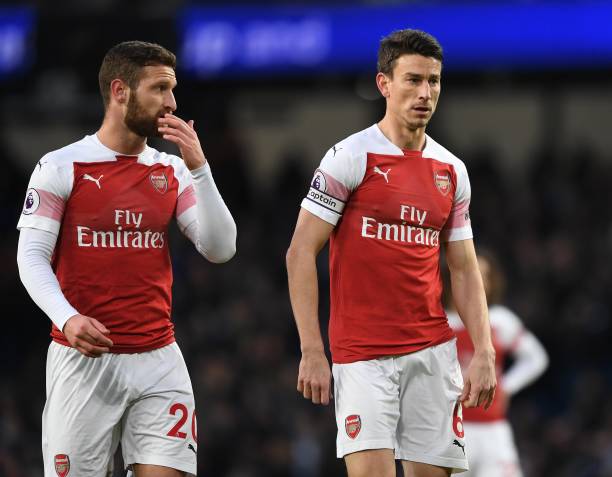 Arsenal appointed Unai Emery as their new head coach in May last year and most of the fans were expecting him to fix their defence but it has surprisingly become worse than it was. So Unai. Emery will be clearing out some players in the Summer in order to get the players which he wants in his team.

Arsenal will probably let go of about seven players in the Summer transfer window and the Telegraph claims that the gunners will also put Shkodran Mustafi on the transfer market because the coach wants him out of the club because the German international has failed to improve under him this season.

Shkodran Mustafi has flopped this season and his errors were quite seen in defeats against Manchester City, Manchester United and Liverpool. On top of that, Mustafi was said to be an outstanding defender when he joined the gunners for £35million but he has surprisingly been awful at the Emirates Stadium in all the seasons he has been at the North London club.

Unai Emery will probably get some good amount from selling Shkodran Mustafi because he is still 26 years old, but the problem will be that they might sign another defender who is very similar to the German. Shkodran Mustafi failed to mark Sergio Aguero on Sunday as the Argentine international scored a hatrick against the gunners. If Unai Emery does sell Shkodran Mustafi in the Summer, then this could mean that the Arsenal coach is planning on using a back three which will include Laurent Koscielny, Sokratis and hopefully a new signing.