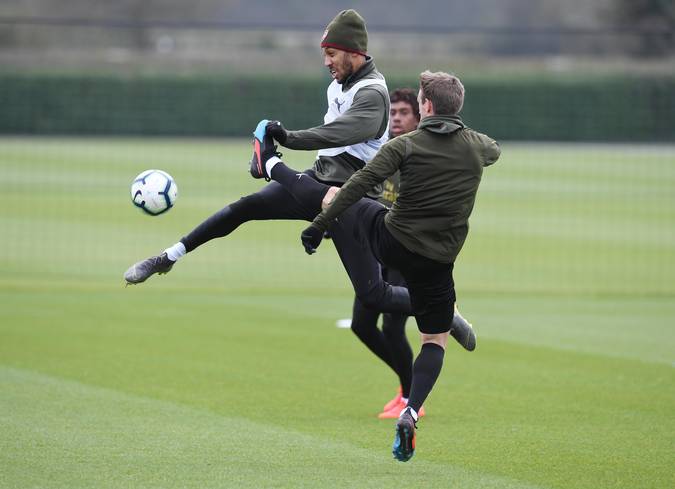 Arsenal will tomorrow face Newcastle United and the importance of getting all the three points just increased now as a win will give them a chance to go ahead of their arch rivals Tottenham Hotspur who are currently in the third position on the Premier League table. Arsenal fans will be hoping that all their players are fit for this game and the upcoming ones since it’s a very important time of the season.

The Arsenal players were today at the London Colney for their last training session before their match against Newcastle United on Monday but what’s more disappointing is that there’s no Xhaka in the pictures which the club released which probably implies that the doctors have not yet cleared him to play or train.

Granit Xhaka got injured in Switzerland’s 3-3 draw with Denmark a few days ago and returned to Arsenal for treatment, and Unai Emery in his press conference said that Granit Xhaka did not train with his teammates on Thursday but remained hopeful of him playing on Monday. So the Swiss international not taking part in today’s training session clearly confirms that he will miss the match against Newcastle United because Unai Emery can’t start a un fit player when he’s got other options.

Lucas Torreira is suspended but either Matteo Guendouzi and Mohamed Elneny could be paired with Aaron Ramsey who has played in the central midfield role in the last two matches. It will be interesting to see the option that Unai Emery will choose tomorrow.