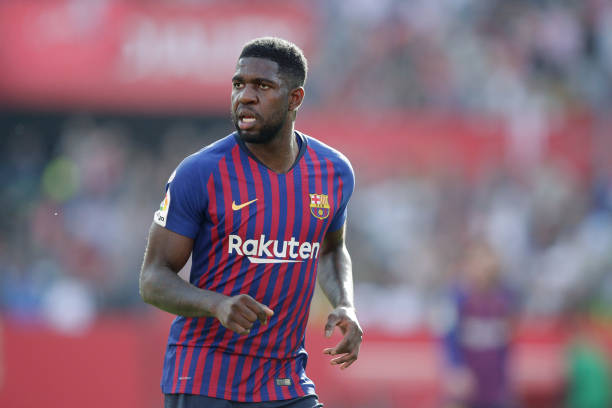 Arsenal will be busy in the summer transfer window because Unai Emery will be hoping to rebuild his squad after spending one season in English football. One of the main positions at Arsenal that need improving is the centre back role because their current CB’s have let them down many times this season.

A report by Spanish outlet Mundo Deportivo claims that Arsenal will make a move for Barcelona centre back Samuel Umtiti in the summer transfer window because they hope that he can be the answer to their defensive problems that they have faced for almost a decade now. Samuel Umtiti is among Barcelona’s best centre backs but reports claim that he might join Arsenal if the Spanish Champions sign highly rated Ajax centre back Matthijs de Ligt.

So let’s take a look at the two people at Arsenal that could play a viral role in the gunners securing the signature of Samuel Umtiti in the summer transfer window.

Raul Sanllehi is Arsenal’s director of football and he knows Barcelona well, and it’s players because he used to work there a few years ago. Raul Sanllehi played a huge part in securing the signature of Samuel Umtiti in 2016 to bring him to Camp Nou.

Samuel Umtiti and Alexandre Lacazette of France during the International friendly match between France and England at Stade de France on June 13, 2017 in Paris, France. (Photo by Anthony Dibon/Icon Sport)

Arsenal completed the signing of Alexandre Lacazette in the 2017 summer transfer window and he won’t be leaving the Emirates Stadium any time soon. It is no secret that Lacazette is a very close friend of Samuel Umtiti and the Arsenal fans have already begun saying that agent Laca will get them the French centre back in this upcoming transfer window.

Players always say that they enquire about clubs linked with them via friends on that specific team, so maybe Lacazette might convince him as how Mkhitaryan urged Aubameyang to join Arsenal in the 2018 January transfer window. Samuel Umtiti has visited the Emirates Stadium a couple of times to watch Lacazette and this is great because it shows how they are good friends.

It will be interesting to see if Samuel Umtiti does join Arsenal in the summer because he would definitely be an upgrade on what they already have.

Revealed: Clubs that Mkhitaryan might join if he leaves Arsenal in the summer