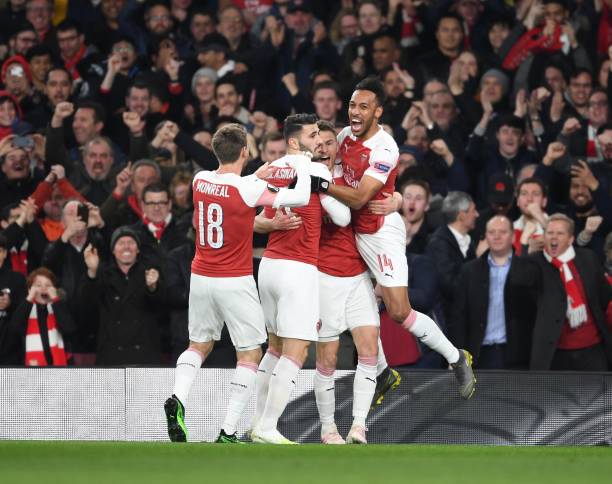 Arsenal has beaten Napoli 2-0 thanks to a great performance from the players who looked very determined in the full 90 minutes. A goal from Aaron Ramsey and an own goal was enough to make sure that Unai Emery returned home with a smile on his face.

The gunners had a couple of chances in the first half but it’s a petty that they only scored just two goals yet they could have killed off the tie in the first 45 minutes. The Arsenal defence also deserves some credit for playing a high line which resulted into Napoli players getting spotted in offside positions many times during the match.

Arsenal’s first goal was just classic as a move started with Mesut Ozil saw the ball reach in the Napoli penalty box and Ainsley Maitland-Niles passed it to Aaron Ramsey who gave the gunners the much-needed early goal. The Arsenal fans still can’t believe that Aaron Ramsey will not be their player come next season because they failed to meet his wage demands.

Lucas Torreira earned Arsenal its second goal of the day after he won the ball after tackling a player and tried to shoot the ball into the back of the net but it was deflected in by Kalidou Koulibaly. The gunners had a couple of chances to also score in the second half but missed them and the Arsenal fans will be hoping that they don’t regret this in Naples because the return leg will be very tough.

Arsenal will next week face Napoli in Italy at the San Paolo Stadium and the gunners will be hoping to get an away goal which would see the Italian side needing four goals to qualify to the UEFA Europa semi finals.

Arsenal wastes the chance to go third by losing to Everton